August 19 UPDATE: Interesting: McCain/Palin 2008 – Stay tuned for important announcements? What’s that all about???

JUNE 23 UPDATE AM: Captain Ed responds to the Politico piece, strongly favoring Palin out of the three. She’s still a longshot, but if McCain were smart, he’s go for it.

JUNE 22 UPDATE: The Politico counts Palin as one of three Republican women McCain should be considering for VP.

The buzz is getting stronger…. in fact it’s starting to reach fever pitch.

Wizbang got a hot tip that that the head of McCain’s VP search team is in Juneau, *possibly* to meet with Palin. The Weekly Standard is psyched about the idea, and even the terminally morose, and pessimistic Allahpundit is warming up to her.

This would be so good for the Republican party.

There continues to be much buzz about Governor of Alaska, Sarah Palin being a potential nominee for Vice President on the Republican ticket. There’s even a Draft Sarah Palin For VP website. So who is this Sarah Palin?

The American Spectator calls her “one of conservatism’s own:

She’s young being only 44 (two years behind Senator Obama), she is wildly known to despise government corruption. She defeated a horribly entrenched and corrupt Republican political machine in Alaska. She has a son in the U.S. military. She’s strongly pro-life, belonging, in fact, to Feminists for Life.

Gov. Palin could become the Republican Party’s Segolene Royal, the French Socialist Party’s glamorous leader known for her heels and political bite. She is the perfect antidote to Sen. Obama’s cheap thrills, and would help rejuvenate conservatism.

Slublog, posting at Ace of Spades HQ, a few weeks ago, said:

Palin is actually a good pick for serious reasons. She took on a sitting governor in a primary and beat him soundly. She fought corruption in the state government, is pro-life, anti-tax, a lifetime NRA member and has cut spending in her state. Having her on the ticket would undercut the “making history” soundbite that’s bound to come out of the Democrats no matter who they nominate.

I’m beginning to like this idea more and more.

Former beauty queen: In the car: 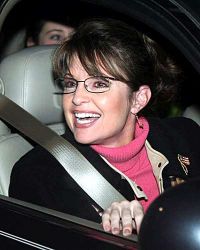 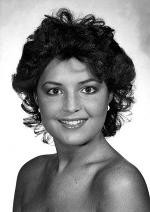 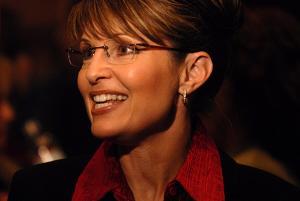 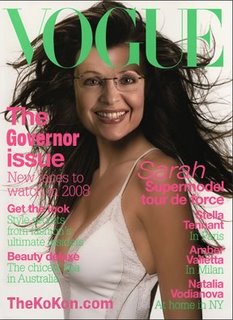 Governor Palin has a bachelor’s degree in journalism from the University of Idaho but, thank goodness, she lives her life with much more common sense than most in that profession. Palin is the wife of a commercial fisherman and the mother of four children, the eldest of which joined the U.S. Army last fall. Palin is also a former beauty queen, cheerleader, musician, mayor, and was a point guard for the Wasilla High School Warriors when they won the state basketball championship in 1982.

And, oh yes, Sarah Palin is a lifetime member of the National Rifle Association and a strong defender of the sanctity of human life.