The next tea party protesting the out of control government spending coming out of Washington in the Kansas City area, is scheduled for Saturday, March 7,  in Olathe, KS. beginning at 10:00 a.m. 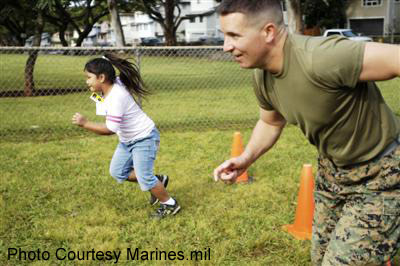 I’d like to bring to your attention a new Milblog, I’ve added to my blogroll, A Faithful Soldier.com:

We simply want to acknowledge our Faithful Soldiers, Airmen, Marines, Coast Guard and Sailors.
Our “Faithful Armed Forces Series” is dedicated to the courageous and honorable men and women who give so selflessly. Your faithful to your country, to your families and to every citizen in the United States.

You protect us and honor us and now we honor you! Our dog tag is entitled “A Faithful Soldier” and it is has the symbol of Faith lazer cut into the actual dog tag. It comes with a poem that is customized for all the Armed Forces.

We have chosen the charity Soldier’s Angels and they will receive 15% of the profits from the sale of this dog tag.

Is it too much to ask that the White House properly vet the person they choose to chair the National Intelligence Council? I may be just a stay at home mom in flyover country, but even I was able to  discover that Freeman is a pro-Saudi, anti-Israel extremist who thinks that the Tiananmen Square massacre was justified.

Jake Tapper reported yesterday, that the White House  pleaded ignorance, when asked  about some of the controversies swirling around its new chair of the National Intelligence Council:

Asked today by ABC News if the Obama White House was aware of all the concerns about Freeman, White House press secretary Robert Gibbs said, “I’ve not read those. I think anybody can look at what the president has said and what the president’s views are, enumerating from the very beginning of this administration the desire to be engaged actively in the Middle East region to ensure a durable and lasting peace. It is something that he’s said he would work on each and every day.”

Actually, with all due respect to Robert Gibbs, I think when it comes to Obama,  given his past history, it’s always best to look at his actions, rather than what “he has said”.

It appears that Chas was appointed to this key position without being properly vetted, just as I feared. Commentary reports today, that:

Chas Freeman is indeed to be investigated by the Inspector General. At issue are his ties the to China National Offshore Oil Corp, in which the Chinese government has a majority stake, and his role as president of the Middle East Policy Council (MEPC), which is in part Saudi-funded. And not surprisingly, the backpedaling has already begun:

Mr. Freeman has not submitted the financial disclosure forms required of all candidates for senior public positions, according to the general counsel’s office of the Office of the Director of National Intelligence.

Nor did Mr. Blair seek the White House’s approval before he announced the appointment of Mr. Freeman, said Mr. Blair’s spokeswoman, Wendy Morigi.

“The director did not seek the White House’s approval,” Ms. Morigi said. “In addition to his formal background security investigation, we expect that the White House will undertake the typical vetting associated with senior administration assignments.”

You know…when all of the Che Guevara paraphernalia came out, I gave people the benefit of doubt – they didn’t know…they bought into some glamorous myth…or they were just slaves to fashion trends.

But that was before the Age Of Obama:

Marx A-Flex Russia
Show your love for the former USSR during training time in this adidas Marx A-Flex Russia cap, featuring a six-panel low-crown fit, deep pre-curved brim, an Always Cool™ sweatband to wick away the moisture, and a hammer-and-sickle graphic.

What I can’t wrap my head around, is why a company that thrives on capitalism would want to promote Communism. One can only conclude that they think that in today’s Obamerica, there’s actually a decent market for pro-USSR Communist symbols.

Rep. John Shadegg, (R-AZ) has introduced a bill that would not allow any of the nearly 250 detainees from soon to be shut down GITMO  into the US:

With the question in mind of where those prisoners will go, Rep. Shadegg introduced HR 1238, which would prevent anyone being held at Gitmo from setting foot on U.S. soil.

“No American family should ever have to worry about their own government placing a terrorist in their community,” Shadegg said in a statement about the bill. “I have introduced legislation that would make this impossible – ensuring that the Islamic extremists at Guantanamo are not given the chance to enter our country and complete their unfinished mission of shedding American blood.”

It’s sad that such a common sense bill even has to be written to keep Obamerica safe. Sadder still, that it has no chance of passing.

The question remains…what to do with these prisoners? A retired CIA  officer, appearing on Fox News, last week, suggested that many of them should have been executed a long time ago:

What’s the hold up?