Senator Chuck Schumer appeared on The Rachel Maddow show, and what a charmer he was, castigating  the “hard right”, who still believe in an outdated Reagan philosophy of  “{{{traditional values}}}”, and “{{{a strong foreign policy}}}”….Schumer cheerfully informed us all that that stuff is OVAH!

Chuckie last spoke for Americans, in February, when he took to the Senate floor and informed the assembled that Americans really don’t care about the porky amendments.

He was wrong about that, too: 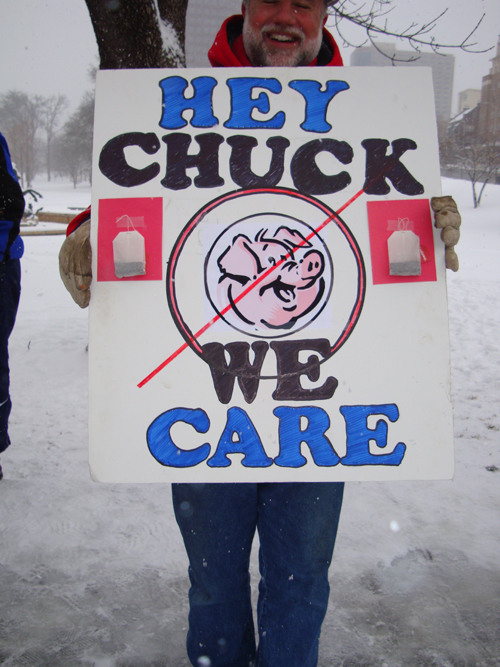 A new poll by Rassmussen shows that only 53% of American adults believe capitalism is better than socialism.

The latest Rasmussen Reports national telephone survey found that 20% disagree and say socialism is better. Twenty-seven percent (27%) are not sure which is better.

Adults under 30 are essentially evenly divided: 37% prefer capitalism, 33% socialism, and 30% are undecided. Thirty-somethings are a bit more supportive of the free-enterprise approach with 49% for capitalism and 26% for socialism. Adults over 40 strongly favor capitalism, and just 13% of those older Americans believe socialism is better.

Investors by a 5-to-1 margin choose capitalism. As for those who do not invest, 40% say capitalism is better while 25% prefer socialism.

So…. who do we have to thank for this disgraceful outcome? The media? Higher education? Pop culture?

I would say all three. The MSM for constantly promoting it, the education system for teaching about the failed economic system in an (at best) values neutral environment,   and the pop culture for its outright glorification of commie personalities and symbols.

The popularity of Che Guevara, and other Communist symbols in fashion trends should have been our tip off that a major sea change was occurring amongst the American populous: 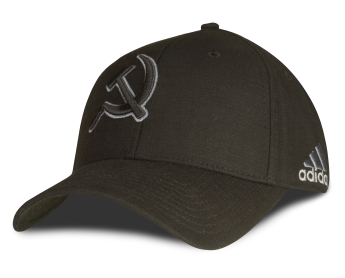 The fact that during the election campaign, Obama had overwhelming support from the world’s leading Communists/Socialists/Marxists, and half of the country didn’t bat an eye, was also a disturbing sign that too many Americans had lurched to the far left.

Apparently most of these folks aren’t  slaves to fashion as much as they’re slaves to a poisonous ideology.

The first lie: Obama was picking something up off the floor.

…media outlets are taking the position that Obama was really picking something off the ground instead of bowing. Where did they get that idea? .

The second lie: Obama bent over to execute a two handed handshake to the shorter king.

“It wasn’t a bow. He grasped his hand with two hands, and he’s taller than King Abdullah,” said an Obama aide, who spoke on the condition of anonymity.

It is what your eyes are saying it is: A deep bow with only one hand going out to shake the king’s hand, not two.

Keep in mind that when Obama met the queen, he didn’t bother to bow, at all. He just gave her a quick head nod, and shook her hand. In the above video, Obama gives the Saudi king a deep bow, and a head nod, and a handshake.

And why the lies? Are we supposed to be that stupid? Is Obama so used to the media toeing his line, that he thinks that these unconvincing lies will end the questioning? He’s probably right, but that’s beside the point.

Some recent history could help shed some light on Obama’s fealty to the king of Saudi Arabia:

How exactly did Barack Obama pay for his Harvard Law School education?

The way the Obama campaign has answered the question was simply hard work and student loans.

But new questions have been raised about Obama’s student loans and Obama’s ties to a radical Muslim activist who reportedly was raising money for Obama’s Harvard studies during the years 1988 to 1991.

The allegations first surfaced in late March, when former Manhattan Borough president Percy Sutton told a New York cable channel that a former business partner who was “raising money” for Obama had approached him in 1988 to help Obama get into Harvard Law School.

In the interview, Sutton says he first heard of Obama about twenty years ago from Khalid Al-Mansour, a Black Muslim and Black Nationalist who was a “mentor” to the founders of the Black Panther party at the time the party was founded in the early 1960s.

Prince Alwaleed, 53, is the nephew if King Abdallah of Saudi Arabia.

Obama spokesman Ben LaBolt told Newsmax that Sutton’s account was “bogus” and a “fabrication that has been retracted” by a spokesman for the Sutton family.

He referred Newsmax to a pro-Obama blog published on Politico.com by reporter Ben Smith.

In a September 3 blog entry, Smith wrote that “a spokesman for Sutton’s family, Kevin Wardally” said that Sutton had been mistaken when he made those comments about Obama and Khalid Al-Mansour.

Smith suggested the retraction “put the [Obama/Al-Mansour] story to rest for good.”

Wardally told Smith that the “information Mr. Percy Sutton imported [sic] on March 25 in a NY1 News interview regarding his connection to Barack Obama is inaccurate. As best as our family and the Chairman’s closest friends can tell, Mr. Sutton, now 86 years of age, misspoke in describing certain details and events in that television interview.”

Asked which parts of Percy Sutton’s statements were a “fabrication,” LaBolt said “all of it. Al Mansour doesn’t know Obama. And Sutton’s spokesman retracted the story. The letter [to Harvard, which Percy Sutton says he wrote on behalf of Obama], the ‘payments for loans’ — all of it, not true,” he added.

Newsmax contacted the Sutton family and they categorically denied Wardally’s claims to Smith and the Politico.com. So there was no retraction of Sutton’s original interview, during which he revealed that Khalid Al-Mansour was “raising money” for Obama and had asked Sutton to write a letter of recommendation for Obama to help him get accepted at Harvard Law School.

Sutton’s personal assistant told Newsmax that neither Mr. Sutton or his family had ever heard of Kevin Wardally.

”Who is this person?” asked Sutton’s assistant, Karen Malone.

When told that he portrayed himself as a “spokesman” for the family, Malone told Newsmax, “Well, he’s not.”

A Tale of Two Bows

With sleet gushing from gunmetal gray clouds, some 30 Marines standing in three trim lines saluted the U.S. flag that four of their brethren used to christen a new pole.

A large engraved stone set at the base of the 38-foot pole explained the occasion: “In memory of Corporal Aaron L. Seal. Who gave his life for our country. 1982-2006.”

Read the rest of the story here.