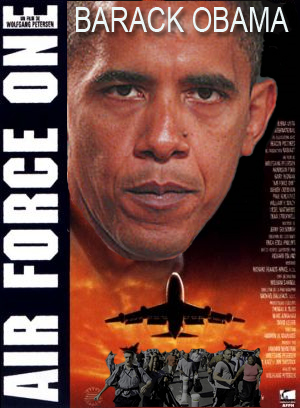 See Ace here, here, and here for a complete rundown of the exciting saga.

WH Wanted to Update Its File Photo of Air Force One Buzzing the Statue of Liberty: Update it. As in, they already have several. But those were from the nasty Bush Administration (or, more likely, before; I doubt Bush got the chance before 9/11).

So the NOTUS (Narcissist of the United States) decided it was about time he buzzed NYC, so he could have his pretty picture.

Good lord, this is just pitiful:

Apparently, they hadn’t come up with an official story, yet.

Allahpundit asks, “what should Obama’s next “photo op” be?”

William Teach reports that so far, only a junior mayoral aide has been reprimanded.

The Other Mccain calls the whole ordeal “The perfect storm of idiocy”.

The intrepid Jake Tapper asks Robert Gibbs some tough questions about the ordeal at TNOYF.