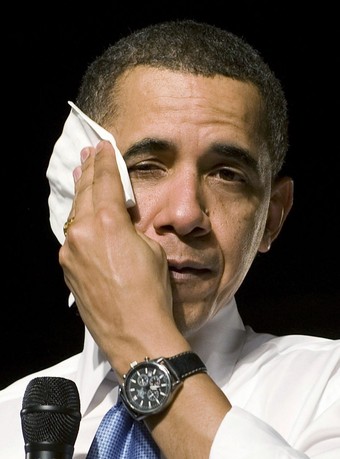 I thought it would be interesting to compare Obama’s first 100 days to Bush’s first 100 days, back when he was riding high with a 60% approval rating.  The panelists at News Hour With Jim Lehrer considered Bush a refreshing change from the chaos of the Clinton administration. The Wall Street Journal’s Paul Gigot said:

It’s a more business-like atmosphere after the chaos, often, of the Clinton years. I mean, the first three months with Bill Clinton, you had gays in the military; you had the tax increase; you had the travel office shortly therefore, and it was great for us, great for our business.

There were no widespread protests of his policies this early in his presidency.

Conversely, The Obama administration’s first 100 days has been marked by gaffes, debacles, and protests, and well…once again, chaos.

Newsmax has a good rundown of  Obama’s gaffes and gimmicks, thus far.

So does Michelle Malkin.

The best of the rest:

Gateway Pundit: After 100 Days… Obama Is the Second Most Reviled President in 40 Years