“If we are to open employment opportunities in this country for members of all races and creeds, then the Federal Government must set an example…I am not going to promise a cabinet post or any other post to any race or ethnic group.  That is racism in reverse at its worst.  So I do not promise to consider race or religion in my appointments if successful.  I promise only that I will not consider them.” — John F. Kennedy, speech October 17, 1960.

“I refuse to accept the view that mankind is so tragically bound to the starless midnight of racism and war that the bright daybreak of peace and brotherhood can never be a reality… I believe that unarmed truth and unconditional love will have the last word.” — Dr. Martin Luther King, Jr.

“I have a dream that my four little children will one day live in a nation where they will not be judged by the color of their skin but by the content of their character.” — Dr. Martin Luther King, Jr.

“I’ve certainly experienced racism, but it has not made a great impact on me.  I have always thought, as I got older and older, I was more in charge of who I was.  What someone thought about me or said about me made less of an impression on me at very vulnerable times.” — Robert Guillame

“The really important victory of the civil rights movement was that it made racism unpopular, whereas a generation ago at the turn of the last century, you had to embrace racism to get elected to anything.”–Carol Mosley Braun

Take a few minutes to watch this video.  Take note of the fact that there are black faces and white faces in that crowd.

Unfortunately, this distinction has become muddled.  The right and proper retirement of the notion of “separate but equal” meant that the color of skin was no longer a legitimate basis for the denial the right to participate in society.  Not in education.  Not in accommodation.  Not in opportunities for employment or housing.  Sadly, this concept had to be given life by the force that government would bring to bear in some parts of the country.  Before long, it was not about being able to attend the closest school, as it was in Brown I, but it became about the need to segregate, regardless of proximity.  Before long, we graduated to acceptance of the notion that a certain number of places in graduate level education had to be set aside for people of color, in order to remediate the past unavailability of these positions because of that skin color, and regardless of the fact that it was apparently necessary for only that skin color [The footnotes on the racial makeup of that year’s class accepted to the medical school, Bakke v. University of California] when other minorities were apparently able to achieve admittance without set asides, or the lower standards that characterized them.  We received, and still carry the continuation of Affirmative Action in employment, especially government employment, long after the color line had been erased from existence.  Racial quotas in education have given way to a softer, but still distinct system in “a compelling interest in diversity”, which provides justification in admissions policies that consider race based on an unquantifiable “critical mass” calculation that provides no clear guidance, but enshrines entitlement to admissions into a new status quo, which undermines the notion of merit and the pursuit of excellence based on achievement, and all of society now suffers for it.

It isn’t enough for some that our institutions have surrendered to the concept that race has to be a factor; that betrayal of the vision set forth by the two big martyrs of my parents’ generation would be enough to stain us all with a new stain of racism.  Now we have the more subtle, and insulting belief that these entitlements are necessary because of a presumption that members of that race could not achieve without the entitlement, so benevolently granted and ferociously and jealously guarded by members of a certain political persuasion, who remain steadfastly unwilling to even consider winding down the policy of entitlement, and letting these citizens stand or fall of their own accord.  These villans, who have managed to convince their subjects that their ills are the result of those who would push government back, and allow them to define for themselves what success means to them, practice a far crueller racism than any Klan member or white supremacist ever did.  At least with the Klan and the white supremacist, their racism was upfront, and didn’t extract anything but fear from its victims.  With the liberal, the racism is a kinder, gentler bigotry.  It says “Yes, you have been held back.  But you can enjoy freedom, with my help, and all I ask is that you trust me, elect me, empower me, and I, with the force of government, will make sure you get your fair share.”  And those who think of themselves as victims today did so, and still happily do so.

I’m not saying that real, unreasoning hatred based on race no longer exists.  To do so would be no less foolish than the millions of people seduced by the idea of a society where everything is free.  But such a belief is no longer a fixture of American society.  That died with my generation.  That died when children grew up watching Captain Kirk kissing Lieutenant Uhura in reruns on Saturday afternoons.  Yet today, 40 years after that moment was committed to film, those who have found power in asserting victimhood on behalf of others would have you believe now more than ever that any person who happened to believe the words of those two famous martyrs hides a hooded white robe, rope, a cross, and gasoline in a closet, and is bristling for the chance to bust them out and go crazy with them, simply because they disagree.  Simply because they were foolish enough to believe that character and ability should define achievement, and because they dare to question when government does not deliver excellence, and instead delivers a “social justice” agenda that would infantilize not just the victims, but all of us.

Who will tell my children and my grandchildren that their right to make mistakes, that their right to happen on the next big thing when pursuing their own dreams as set forth by two visionaries who inspired two generations because of the purity of their vision, and of the innate rightness of how it would at last fulfill the promise that gave birth to the freest nation the world has ever countenanced were betrayed by those same people?  Who will explain to them that overcoming hatred would succumb to the ease of accepting, and then demanding what others in society have to earn?  Who will explain to them that overcoming the resistance to granting citizens the same right to make their own destinies as all other citizens succumbed to the cynicism of carving out and dispensing entitlements, all the while making sure that the premise that government intervention was necessary was always front and center in their discussions with the recipients, and was enforced by the savaging of any member of that group who achieved great things for themselves without subjecting themselves to the largesse of their betters, or selling the belief that such largesse was necessary.

The result is that the dream of being judged on the content of character is dead.

It was killed by venality.  It was killed by cynicism.   It was killed by the ease of acceptance.  If there is a silver lining, it is that the constant priming of the racial pump has saturated the culture with a constant focus on race, and the consciousness of the fact that it is new bigots, with the soft tyranny of their lowered expectations who are dividing society, both with their expectation of race-based entitlement, and their constant chorus of “Racism!” whenever they are met with honest questions by the same people they vilify.  The question is are the right people taking note of this new racism, and the insulting premises that it rests on?  Some days I’m not so sure, as demonstrated a short time ago by my fellow-blogger, and I would like to think, friend, Rutherford Lawson, in one of his remarks at his own blog:

Let’s start on the NAACP as an anachronism. Frankly, I’d be happier with a non-race affiliated human rights group intervening in cases of injustice and prejudice. I think the NAACP is past its prime … hell it calls its own people an outdated and almost offensive label (“colored”).

There was a time when blacks got the brunt of the abuse in this country and merited an organization devoted to their defense (or “advancement”). Now I think we need to focus on the advancement of all minorities and under-represented people. As I said on my radio show yesterday, dirt poor whites in West Virginia are just as deserving of advocacy as ghetto blacks. To say any differently is to actually insult the black community that they are somehow the most wretched of all minorities.

Needless to say, my co-host Sandi did not agree.

For those who are unaware, Rutherford is black. (He is also liberal, which is one of the reasons he and I do not see eye-to-eye on many things.  However, he has his moments of remarkable clarity, which is why I haven’t given up on him. :-))  His co-host [for his blog radio show] is a lily-white liberal.  I don’t think they could have made my point better had they tried.  [And in the interests of disclosure, I did try to ask Rutherford for his thoughts on this…twice, to no avail.]

If the trend that has occurred continues, succumbing will lead to surrender.  Surrender to entitlement.  Surrender to double standards.  Surrender to any notion of taking hold of the American Dream.  Surrender to an inevitable balkanization.  Surrender to the idea of a government that will decide for everyone what freedom means, and what liberties we each will have, and to what degree.  Surrender to settling rather than living.  Surrender to a collective indentured servitude rather than a life limited only by your own individual ambitions.  In that way lies madness…and ruin…and power and wealth for those who would exploit it.  That is the real teachable moment of this week…when you allow yourself to be manipulated for someone else’s gain, those people can define what you are not paying attention to. 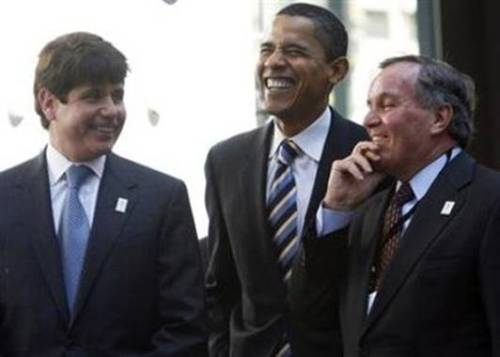 Is that enough conversation for you, Eric, or do you want to impugn my character a bit more?

6 thoughts on “Overcoming or Succumbing?”