Received this via email from my hubby. Click pix to enlarge: 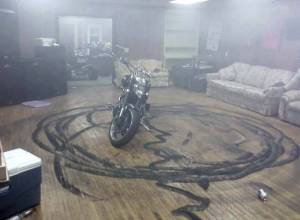 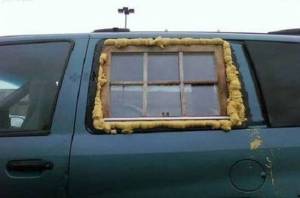 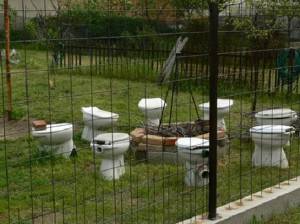 I have no words….just go read.

I had wondered for years who that liberal dandy, David Kahane was. I’m talking about the snarky, Hollywood leftoid who periodically offered his advice to us wingnuts over at NRO. Archive here.

Readers, of course, understood that Kahane was really no lefty, but seemed to understand how they think, very well.

Now thanks to Kathryn Jean Lopez, we know his identity:

Kahane is actually a pseudonym for Michael Walsh, a longtime screenwriter and novelist, former mainstream-media journalist, and current mainstream-media fact-checker at BigJournalism.com. Walsh, in the person of Kahane, has a new book: Rules for Radical Conservatives: Beating the Left at Its Own Game to Take Back America. Walsh talks to NRO’s Kathryn Lopez (known in the book as Dave’s mom) about how all this came to be and why it’s important for American politics and culture.

LOPEZ: Why didn’t you just play it straight from the beginning? You’re Michael Walsh. You’ve worked in Hollywood. You know how liberals think. Why not have Michael Walsh tell us?

WALSH: Because nobody would have cared to hear yet another author/screenwriter whining about what a tough racket Hollywood is. Far more fun to invent an alter ego like Dave, a complete idiot who never understands that the joke’s always on him. I also find that you can speak the truth more bluntly when you disguise it with humor.

LOPEZ: How much of David Kahane is Michael Walsh?

WALSH: None. I type what he tells me to type. But, although he’s a goofball, he’s a very wise young man. Handsome, too.

LOPEZ: And you’re hoping Tim Robbins will play David Kahane in the movie version of Rules for Radical Conservatives?

WALSH: I think he would make a very good Kahane, although he’s too old for the part. Someone like Michael Cera would be perfect ten years older and 50 pounds heavier.

LOPEZ: Why does David Kahane want to share the Left’s playbook?

WALSH: Because he can.

You can listen to The Smart Girl Summit, live in DC,  at www.smartgirlpolitics.com ….(link fixed).

Come watch what is going on in our main ballroom, where Dana Loesh opened up the day, American Majority is training in one of our breakout rooms, and Anita MonCrief rocked the house earlier today.
Let us know what you are thinking in the chat room!

Wish I could be there!

Someone over at The Blaze is listening to The Ed (Genius-envy) Schulz Show so you don’t have to.

Check out Teamsters local 237 president Gregory Floyd telling Schultz that his members, the “have-nots”,  are going to the the lefty Moonbat One Nation rally because they HAVE TO GO. (But they also want to, we just have to take his word for it).

Gee, what’s a Teamster to do if he can’t secure a seat on one of the buses after being forced to go?

It seems the one thing Floyd’s army of ‘have-nots’ doesn’t have, is freedom.

Whatever size the One Nation rally turns out to be, this should be kept in mind.

There hasn’t been a tea party held anywhere in the United States where participants were recruited, forced, paid, cajoled, or in any other way pressured into going.

Union leaders are trying to convince members that this rally represents mainstream America. Go look again at the participating  groups that One Nation proudly displays on its website.

I don’t care who you are…this right here is funny:

The guy who did that voice over deserves an Oscar for ‘best over-emoting’.

Courtesy of Townhall.com by way of Doug Powers at Michelle Malkin.