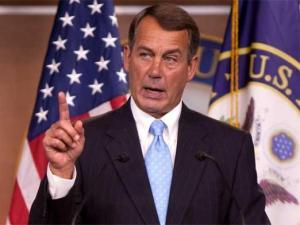 Now we are  talking.

…I think it’s reasonable to ask why Congress is spending taxpayers’ money to support a left-wing radio network — and in the wake of Juan Williams’ firing, it’s clearer than ever that’s what NPR is.”

Read his full quote at NRO.

Would Republicans have the spines to actually do this?

O’Reilly made the announcement today on his show:

This thing may happen, yet.

The Washington Times piles on: EDITORIAL: Cut off NPR

And the beat goes on….

I have no doubt that if the American people were polled on this, a clear majority would support defunding …
–
UPDATE IV:
–

5 thoughts on “Future Speaker: Why Are We Funding A Left-Wing Organization? (Updated)”