These Democrats have learned nothing. McCain accuses them of having amnesia, but they’re hoping that by 2012, the American people will have forgotten their slimy tactics,  insane spending, and as McCain ruefully notes, “dishonorable behavior”:

According to  McCain the legislation includes 6,488 earmarks totaling nearly $8.3 billion.

Here’s a link to the website he referred to: Ending Spending.com.

Michelle Malkin: Reid warns: We’ll stretch this lame-duck out until Jan. 5 if we have to; Update: Omnibus-a-palooza!

Time to roll out the cots again…

Hot Air: Boehner to Obama: If you’re serious about earmarks, veto the new spending bill; Update: Dissect the bill yourself:

There’s not a chance in hell that he’ll do it given the left’s ongoing tax-deal-inspired freakout about “triangulation,” but I’m really keen to see how The One justifies not vetoing it.

AoSHQ: $575 Million In New Spending Per Page: Omnibus Spending Bill Is An Abomination:

I don’t care if Reid holds them over every day until January 4th. It doesn’t matter. They’re paid extremely well and get lots of time off. It’s time they joined their fellow Americans in sometimes having to work through the holidays.

No budging on this. Or there’ll be real hell to pay.

FOX News is reporting that “All Hell Is Breaking Loose” in the senate after this latest stunt by democrats.

Doug Ross: The 11th Congress Flips Off The American People again: Unveils 1.1T Spending Bill To Fund ObamaCare And 8 B In Earmarks

This rogue Democrat Congress is an abomination. And Republicans must block this bowel movement using every available procedural tactic.
Update: Fox News reports that Jim DeMint will require the bill to be read on the Senate floor, which will consume approximately 40 hours. Well done.

Use every procedural device available to run out the clock on the monstrosity that is the current Congress.  The voters who gave Republicans back the House and closed the gap in the Senate expect the current Republican leadership and Republicans in the Senate to do no less in the face of more Harry Reid cramdowns.

And if you thought the fight was just against Democrats, according to The Hill, outgoing Republicans Bond, Voinivich and Bennett, plus Susan Colllins, all have expressed a willingness to consider voting for the omnibus.

Very, very, VERY disappointed with my Senator, Kit Bond. You’re not really thinking of ending your illustrious career with a vote for this dishonorable travesty, are you, Senator?

Listening to Mark Levin railing against this, right now.

“I was in a good mood, today, until I heard about this latest….tyranny!”

“How the hell are we going to repeal ObamaCare, if we can’t even deal with a lame duck congress!!!!”

“I’m convinced Harry Reid is off his rocker!”

“The immorality of what these people do…it’s unconscionable!”

I get email alerts from this guy, Seton Motley, of Less government, and Stop Net Regulation, all the time. He’s ringing alarm bells about the FCC’s plan to  ram Net Neutrality down our throats on December 21st, in another big government power grab.

If a pre-Christmas power grab has a deja-vu quality to it, that’s because Dec. 21st is when Harry Reid chose to force an ObamaCare vote in the Senate, last year; a rush to vote on legislation that would effect 1/6th of the US economy.

Now, it’s the internet, big government ghouls want to get their hooks into:

This is a last minute, behind closed doors, unreviewed, un-Public Commented upon, under cover of Christmas government takeover of 1/6 of our nation’s economy.  The only portion of the economy that is actually still functioning in the midst of what is otherwise is a doldrum-laden Obama Recession.

Not coincidentally, the Internet remains perhaps the only major portion of the economy President Barack Obama has not yet assaulted with oppressive legislation and/or regulation.  A fact that will remain true – for another eight days.

Seton explains how Net Neutrality would work in this video:

While looking for Motley’s Less government website, (under construction?), I discovered a site that almost looks like a parody, but sadly isn’t:

Why We Need More, Not Less, Government

In the face of increasing threats to our wellbeing and the inability of the market or individual efforts to effectively address them, we need to expand public sector programs.

Written by a professor of politics, of course. 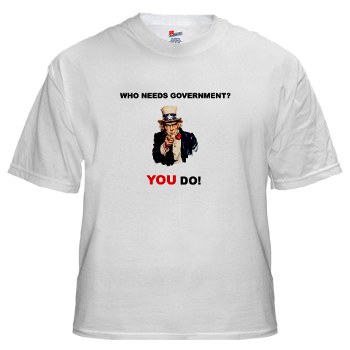 You can buy your pro-big government merchandise, here, (if you have any money left over after paying your taxes).

The anti-label crusaders from David Frum’s mushy-middle, (and pointless) No Labels project, and  the mushy middle pretenders of the Coffee Party are on the march, and dang if they don’t sound like they could be the same group. David Frum didn’t need to waste his time with No Labels. He should have just joined the Coffee Party.

No Labels Declaration and Coffee Party Mission Statement, side by side:

NL: We are not labels – we are people.

CP: We maintain our independence from all political parties and labels.
.
NL: We care deeply about our country.

CP: Love of country is based on shared values and ideals that define us as a people.

NL: We are frustrated and concerned about the tone of politics.

NL: We are passionate about addressing America’s challenges.

CP: We believe that by talking and learning together – we can take action to solve the problems facing our nation

NL: We are Democrats, Republicans and Independents.

CP: …we are non-partisan

NL: We believe hyper-partisanship is destroying our politics and paralyzing our ability to govern.

CP: The ugliness on television, on talk radio, and on blogs and conspiracy emails is alienating to the vast majority of Americans.

NL: We may disagree on issues, but we do so with civility and mutual respect.

CP: Our message of civility and trans-partisan dialogue has allowed us to create an email list of over 65,000.

NL: We believe in the vital civil center — a place where ideas are judged on their merits.

CP: We encourage deliberation guided by reason amongst the many viewpoints held by our members.

NL: We believe that together we can make the future better and brighter —    and give us what we all deserve — a government and a political system that works — one driven by shared purpose and common sense.

CP:   In the coming months and years, we hope to transform our disappointment  in our current political system into a force that will return our nation to a course of popular governance, of the People by the People for the People.

They both even have their own theme songs:
Coffee Party anthem:
No Labels anthem:
Cool beans, huh?
–
Linked by Michelle Malkin,  Gateway Pundit, Marooned In Marin, Da TechGuy, The Other McCain and Hyscience, thanks!
–
See also:
–

Gateway Pundit: “No Labels” – No Morals – No Scruples… RINO-Leftist Group Stole Their Logo-Design From NY Artist
Jim Geraghty: No Labels: No Specifics, No Coherence, No Point.
Powerline: What “No Labels” Is All About
Hot Air: New nonpartisan “No Labels” group has its own “anthem” by Akon for some reason
Marooned In Marin:“No Labels”–Liberals Next Try At Not Being Honest About Who They Are
The Other McCain: The Fierce Fury of the Angry Mob of Impassioned Bipartisan Moderates:

The purpose of No Labels, of course, is to give the most irredeemably stupid “independent” voters an excuse to keep voting for Democrats. The mere fact that “No Labels” gets an 808-word free advertisement on the op-ed page of the Washington Post should tell you all you need to know about this alleged movement: It’s a ginned-up Establishment scam with no real activist constituency.

Da Techguy’s Blog: No winners + No Originality + No Transparency = No Credibility for No Labels
Erick Erickson: An Unserious Circle of Smug Seriousness:

It is a group of snobs, elitists, true believers, and other left-of-center Democrats and Republicans who share nothing in common except being rich, pretty white, repudiated by the American political system, and convinced that if they are good enough and, doggoneit, serious enough, they can bring Aaron Sorkin’s West Wing to reality. Oh, and they are very serious. Just ask them.

Doug Powers at Michelle Malkin: ‘No Labels’ Accused of Ripping Off Their Logo
–
Newsbusters: WaPo Touts ‘No Labels’ Group That Abhors ‘Wingnuts’ and ‘Little Brats’ Now in Office
–

Labels are okay when it’s the No-labels crowd using them:

The year 2010 may have been defined by Tea Party fervor and success, but some reporters and politicos are trying hard not to notice. Washington Post reporter Philip Rucker painted as significant a new group calling itself “No Labels,” founded by among others, a Bush strategist who adored Barack Obama too much to make ads against him in 2008 and CNN analyst John Avlon, who wrote a book with a label for a title: “Wingnuts.”

Lefty “moderates” like to use  the “extremist” label, for people who disagree with them, too.
Cross posted at NewsReal