I think Darleen nailed it: 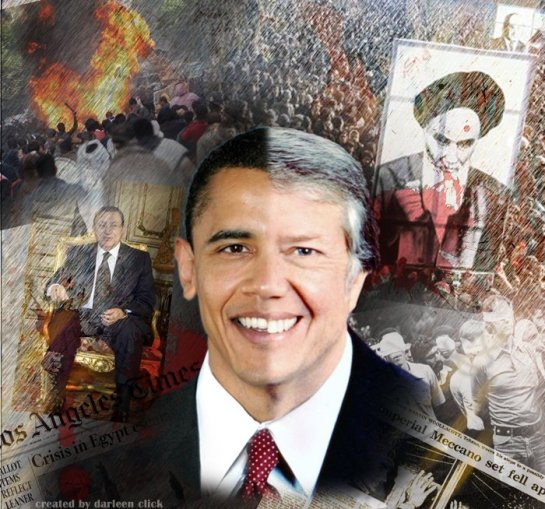 –
Sorry I haven’t posted anything on the Muslim uprisings in Egypt and elsewhere. I’m on the road, this weekend.
–
Here are some quick links from around the blogosphere on the latest:
–

Some choice snarkage and a good round-up of today’s events from RD Brewer at Ace of Apades HQ: If Only Mubarak Had Invested In High-Speed Rail
–

Jihad Watch: “Mubarak has been very dedicated to Israeli security more even than to his own people’s security or the national interests”

ElBaradei: “If the regime does not step down, the people’s Intifada will continue”

“We want freedom for the hijab, the niqab and the beard”: Islamic supremacists demonstrate in Tunisia

So sad>>>Phyllis Chesler: The Steady Erosion of Women’s Rights in Egypt: A Photographic Story

No doubt regular viewers are wailing and gnashing their teeth over this egregious affront to the 1st Amendment:

(Daily Caller) — MSNBC host Ed Schultz announced Thursday on his radio show that his “Psycho Talk” segment had been discontinued by MSNBC executives.

“I work for somebody,” said Schultz. “I don’t call all the shots.”

Following the abrupt departure of Keith Olbermann from the network, Schultz’s show on MSNBC was moved from 6 p.m. to 10 p.m.

I’m sure this decision had nothing to do with Comcast taking over MSNBC….

“There’s probably people in positions that are a helluva lot smarter than I am and have decided that that’s what the way it’s going to be,” Schultz said in an uncharacteristically servile response to the decision.

You know what’s a scary thought? If Schultz has the IQ of a grapefruit, how mentally challenged would his audience have to be? I don’t want to think about it.

“As long as they open their mouths over there on the right, we will continue to have the segment called ‘Psycho Talk,’” said Schultz.

Here’s his “Psycho Talk” segment posted on YouTube, January 12, if you have the stomach for it.

It continues to amuse me that the left allows this buffoon to be one of their standard bearers.