You’ve probably heard Rick Santorum talk about how he led the fight to ban partial birth abortions. I remember it well…In the nineties, Republicans fought tooth and nail to have the repugnant procedure outlawed – only to have President Clinton veto the partial birth abortion ban two times, and for specious reasons. There was no medical justification for this particularly inhumane type of abortion, it was purely elective, yet Dems insisted on putting a provision in the law that would have allowed the procedure in instances where it would protect “the woman’s health” (aka – mental health aka “I’ll be really bummed if I have this baby”) rendering it meaningless. As late as 2007, when the Supreme Court upheld the ban, leftists were still putting the words “Partial Birth” in sneer quotes, as if pro-lifers were making this up.  They saw the ban as an assault on a woman’s right to choose.

Rick Santorum’s speeches on the Senate floor, on the other hand, were some of  his proudest moments. Here’s one of them:

The Partial Birth Abortion Ban Act was finally passed, and signed into law by President Bush in 2003. 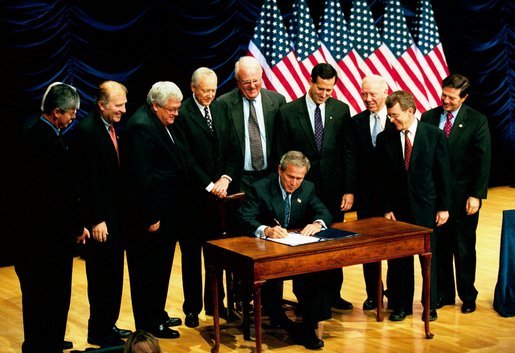 6 thoughts on “Video: One of Senator Rick Santorum’s Proudest Moments Circa 1999”