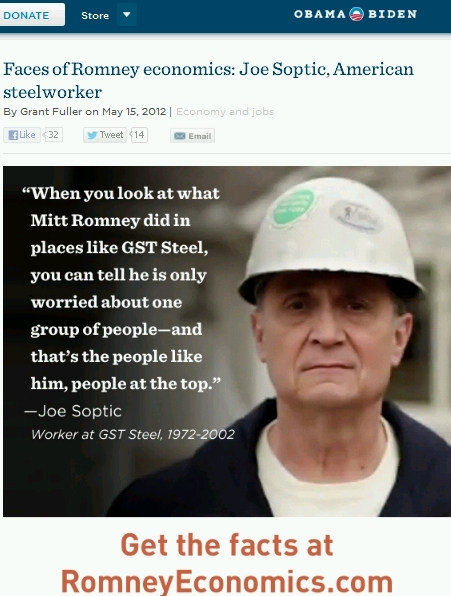 In a brilliant display of political jujitsu, the Romney Team used  team Obama’s own vicious, sleazy and over the top attack ad to win voter support.

A new study by Vanderbilt University found that an ad from Mitt Romney criticizing President Obama over a super-PAC attack that insinuated the presumptive Republican nominee was responsible for the death of a cancer patient is having a measurable effect on swing voters.

The researchers said this was the first ad of the campaign cycle they had studied that resonated with true swing voters.

This should serve as a preview of how team Obama’s attempts to link Romney and Ryan to Todd Akin and turn the Democrat convention into an Abortion Festival are going to work out for the Democrats.

Ramesh Ponnuru, at theCorner suggests it’s not going to work out very well for them, at all.

Reports that the Democratic convention will be an ode to abortion rights thus seem to me to suggest that the Democrats are making a mistake. They’ll end up being the party that talks the most about abortion, that palpably hungers to talk about it, when the median voter doesn’t want to hear about it. And the fact that they’ll be carrying on about the other side’s alleged obsession with the issue that they themselves are spending the most time discussing won’t help their case. Recent Democratic conventions have been smarter about this.

I hope voters don’t consider it too gauche if I carry on about Obama’s sick, viciously pro abort/infanticide record because I kinda plan to keep doing it.

Lest we forget, Obama led his party to a shellacking in 2010 after promising  Blue Dogs at the beginning of the year, that the 2010 election was going to be a cakewalk.

Berry recounted meetings with White House officials, reminiscent of some during the Clinton days, where he and others urged them not to force Blue Dogs “off into that swamp” of supporting bills that would be unpopular with voters back home.

“I’ve been doing that with this White House, and they just don’t seem to give it any credibility at all,” Berry said. “They just kept telling us how good it was going to be. The president himself, when that was brought up in one group, said, ‘Well, the big difference here and in ’94 was you’ve got me.’ We’re going to see how much difference that makes now.”

Now they’re running a campaign based on vicious smears, insane attacks and left-wing projection, and have settled with a disingenuous  convention theme that is going to cause most Americans to recoil.

Yeah, I think we’re going to see how well it all works out in November.

Linked by Michelle Malkin, and Doug Ross, thanks!