I’ve been wavering back and forth on the Defunding ObamaCare issue because I could see the valid points on the establishment’s side. I continue to believe, (as does Coulter) that the majority of our Republicans share most of the same goals – they just disagree on tactics.

Coulter’s reasoning, here, that the government shut down  would not hurt Republicans like it did in the -90’s helped push me over to the Defund side.

Although a government shutdown hurt the GOP when led by then-Speaker Newt Ginhrich in the 90s, she found three differences on this go-round.

“This time we have Ted Cruz and Mike Lee leading the fight; last time it was Newt Gingrich. That ended up not being as helpful as it turned out,” she said.

Her third point was that “It’s very, very important to get Democrats on the record, in another vote, right now” on Obamacare for the 2014 election, noting that it was originally “passed in a sleazy way with 100 percent Democrat votes” and none from the GOP.

“Get them on the record,” she insisted, after noting that a lot of Democrats were up for re-election.

Today it was reported that 63% Want Congress to Keep Going After ObamaCare suggesting that even with the media against them, Republicans still have the wind at their backs on this issue.

The best argument Democrats have going for them in the ObamaCare debate – or any debate about Obama?

Harry Reid: Republicans Only Oppose ObamaCare Because Obama Is Black

That is just weak – even for the Dingy one.

The Council has spoken, the votes have been cast, and yes, we have the results  for this week’s Watcher’s Council match up.

There’s an old saying, attributed to Albert Einstein that “Insanity is doing the same thing over and over again but expecting different results.” 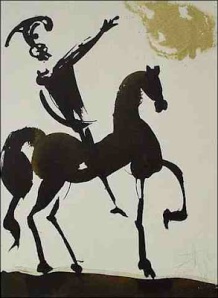 This week’s winner, Joshuapundit’s  Ropes Of Sand – Why The Latest Round Of MidEast ‘Peace Talks’ Will End In Failure   takes its title from an old fable about the futility of trying to continually to prove Einstein’s little homily wrong. You can’t, after all, make something work when there’s no foundation for it to do so, and  the endless chimera of the so-called ‘Peace Process’ in the Middle East is an example. This is my attempt to explain where I think  the process is now, and why it will, once again, end in failure. Here’s a slice:

Amid much fanfare, yet another round of talks between the Israelis and the Palestinian Authority has been announced, after a 3 year hiatus that was totally due to Palestinian rejectionism. It was the product of a great deal of arm twisting by Secretary of State John Kerry to get the Israelis to cave in to releasing 104 Palestinian terrorists convicted of murder and other heinous crimes in Israeli courts in phases as a precondition demanded by Palestinian leader Mahmoud Abbas as the price for coming to the table for what are really talks about talks rather than anything substantial.

To give you an idea of how horrendous that arm twisting must have been, Netanyahu went ahead and shoved it through even though he knew over 80% of Israelis angrily opposed it. And Defense Minister Moshe Ya’alon, who has been outspoken about opposing such ‘goodwill gestures’ in the past signed off on it, citing ‘strategic considerations’ and saying quite openly that the released Palestinians were murderers and that freeing them was ‘choosing a bad option over a worse option.’

Aside from releasing a few genocidal jihadists into society, there’s not much of anything that will come of this, and there are a number of reasons why.

The first, most basic one is that there’s no deal the Israelis can afford to offer unless they suddenly become suicidal that Abbas and the Palestinian Authority would accept.

Abbas has stated many times that he has no intention of making a single concession to Israel as far as his demands go.

Abbas wants Israel to create 500,000 refugees and give him the entire area of Judea and Samaria(AKA The West Bank) as a Jew free apartheid reichlet. He wants half of Jerusalem, including the Jewish Holy sites which will then of course be barred to Jews. He wants all of the terrorist killers now incarcerated after being convicted in Israeli courts whom he refers to as ‘heroes’ and ‘holy martyrs’ freed. And he wants the right to flood the rest of Israel with thousands of genocidal ‘refugees’.

In exchange for all that, Israel would get a piece of paper signed by an unelected dictator with Jordanian citizenship who doesn’t even come close to controlling all the Palestinian factions – even his own Fatah.And someone who might very well be overthrown by Hamas if left to his own devices, in which case that piece of paper is entirely worthless.

There is no government in Israel (let alone any sizable faction of the Israeli public) that would ever agree to this. And having been backed into a corner by President Obama’s faux pas of insisting on a settlement based on Israel’s 1948 indefensible ceasefire lines, Abbas cannot accept anything less than that.

There’s been some talk of land swaps by those desperately seeking some kind of wiggle room to craft some kind of deal. By that, they’re referring to gifting Abbas with Israeli land in exchange for Area C, where the population is 95% Jewish. These hopeful souls (who are entirely on the Israeli and American side) refuse to admit even to themselves that Abbas has already said adamantly that he won’t settle for anything less than all of Judea and Samaria. And they also forget the problem of Jerusalem, which Abbas also has refused to make any kind of deal on. Israeli law calls for a popular referendum before giving up any part of Jerusalem, and not only would the Israeli public soundly defeat anything remotely like that, but any government that proposed it would promptly fall and find itself out of office.

The second major reason nothing is likely to come of negotiations has to do with Israel’s past experiences with agreements with the Palestinians, and the changed political climate.

The last time this happened was in 2005, when Ariel Sharon pushed through Israel’s disengagement from Gaza. That too was supposed to be a major stride towards peace, and it came with supposedly iron clad security guarantees from the U.S., the EU, the UN and the Palestinian Authority that Gaza would not ever be a security threat to Israel.

When Ariel Sharon removed 10,000 Israelis from their communities in Gaza, he had three things in his favor; in spite of vigorous opposition he had a political consensus for doing it, guarantees from at least a somewhat sympathetic U.S. president in hand and the fact that it was way down south, far away from Tel Aviv and Haifa working for him.

Bibi Netanyahu has none of these going for him.

In our non-Council category, the winner was Michael Gurfinkiel writing in Mosaic Magazine  with  You Only Live Twice. Is there a future for Jewish communities in Europe? submitted by Liberty’s Spirit. It’s an interesting read pretty much about what the title indicates.
OK, here are this week’s full results:

See you next week! Don’t forget to tune in on Monday AM for this week’s Watcher’s Forum, as the Council and their invited special guests take apart one of the provocative issues of the day with short takes and weigh in…don’t you dare miss it. And don’t forget to like us on Facebook and follow us on Twitter…..’cause we’re cool like that!