Alea iacta est…the Council has spoken, the votes have been cast, and we have the results for this week’s Watcher’s Council match up.

But before we get to that, we have some important business to take care of..likely celebrating our compadre Tom White of VA Right’s birthday!

Aside from his prodigious writing talents featured on one of Virginia’s top blogs (which includes some pretty good songs and musicianship by the way as well as his writing),Tom has many of the qualities that makes a great friend..a great sense of humor, clear insight and the rare quality of being there when you need him. He’s always there to share his IT expertise and help out someone in the Council with a techie problem, and he’s someone I can always rely on to give me an honest and common sense answer whenever I’ve asked his advice. Ever since he joined our posse, I’ve always felt like I’ve known him for years, which might seem odd to some people since we’ve never met in person yet, (although we’ve yakked on the phone) but that’s just how it is. 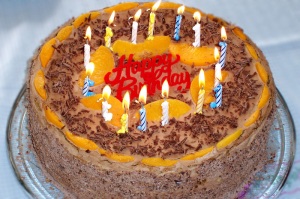 We have carrot cake today with chocolate pralines ( be sure and take a hunk home for Mrs.Tom,OK?)

To go with the cake, in honor of the Old Dominion we have a nice couple of bottles of Williamsburg Winery’s 2011  Vintage Reserve Chardonay to share around. Yes,  I’m told by reliable sources that they actually make good wine in Virginia.

For those of you who prefer grain to grape…some wondrous Virginia moonshine, made by men who despise both the revenooers and the idea of turning good corn into ethanol and go their own way. Pure heaven, and dandy for the sinuses:

And I arranged for a special express delivery to get it here on time:

One of the best parts of being involved in the blogosphere isn’t the fame and huge amounts of money involved,but the great people you meet. Tom is definitely one of them. Have an absolutely wonderful birthday my friend..many more

OK, down those shots and let’s look at this weeks results…

Last week in Geneva, the permanent members of the UN Security Council met with the Iranians on their illegal nuclear program . We heard a number of versions of what happened, especially from our Secretary of State John Kerry, who assured us that a wonderful deal was all ready to be signed, but..

This week’s winner, Joshuapundit’s  What No One’s telling You About Iran’s Big Victory In Geneva  is the real story of what actually happened inGeneva, why the French opposed the deal, and why it ended up as a huge victory for Iran for reasons that are simply not being reported here in the West, probably because a lot of Americans would be shocked at what went down. Here’s a slice:

What exactly happened in Geneva?

U.S. Secretary of State John Kerry’s tells us that the Iranians ‘walked away’ from the impending deal:

According to Mr Kerry the P5+1 group, representing the five permanent members of the UN Security Council plus Germany, were united when the proposed deal was presented to the Iranian negotiating team on Saturday.

“But Iran couldn’t take it, at that particular moment they weren’t able to accept,” Mr Kerry said.

Our hope is that in the next months we can find an agreement that meets everyone’s standards.”

I thought that Secretary Kerry spoke fluent French,but somehow it seems he’s lost the ability.French Foreign Minister Laurent Fabius was fairly and publicly open about France’s opposition to the Iran deal, and the French refused to sign on. What France wanted was the Iranians agreeing to halt work on their Arak heavy water reactor, which can produce plutonium and has no peaceful application. The French also insisted that the Iranians ‘downblend’ their stockpile of 20% uranium to 5%, which could still be used for nuclear fuel but was much further away from weaponization. The French also wanted the Iranians to cease enrichment during the talks, as well as the inclusion of far better plans for verifying Iranian compliance.

France’s motivation for opposing the proposed deal was their country’s own self interest,nothing more.

France has always had major trade and diplomatic interests in the Arab world, and they aspire to a larger role in the region, especially since the U.S. is retreating. And France has particularly close trade and security relationships with to Sunni Arab countries in the Middle East that oppose Iranian domination and a Shi’ite nuclear power. Saudi Arabia, for example, is the Middle East’s foremost buyer of French arms. Last August, the French signed a €1 billion ($1.34 billion) defense contract with Saudi Arabia, which included overhaul work on four frigates and two refueling ships in the Saudi navy, and the French reportedly have arms sales contracts with other Sunni countries in the GCE and throughout the region.At the same time the Saudis and others are investing heavily in France’s farming, food and industrial sectors. Given France’s economy, all this represents a substantial and important financial interest for the French. And in terms of their influence, a nuclear armed Shi’ite Iran undermines France’s long standing Mediterranean Union’ project with the Arab world. This explains why the French have consistently been fairly tough on Iran in general.

France’s stance on Iran is also affected by domestic politics. Almost all of France’s Muslims – whom voted for the ruling Socialists and Hollande by a 90% margin or so – are Sunni and fear Iran’s dominance over Islam.

And while the French could hardly be said to be Israel’s best friend, France and Israel have substantial trade relations as well as a number of French nationals who hold dual French-Israeli citizenship, which added up to one more reason for the French.

So when Secretary Kerry says that the P5+1 group were united….we can only assume something got lost in translation.

The real story is the huge victory in Geneva the Iranians walked away with that no one’s reporting on.

You see, the Iranians have their own version of what went on in Geneva. As the Iranian government organ Fars reports, the Iranians consider what happened in Geneva as a huge win, and an important development. I can certainly see why.

More at the link

In our non-Council category, the winner was the one and only Mark Steyn with  The Drift Towards Depotism  submitted by Liberty’s Spirit. It’s Steyn at his best looking at certain disturbing trends in our Republic and  the reality of Barack Obama’s presidency.. Do read it.

OK, OK, here are this week’s full results. Only Rhymes With Right was unable to vote this week, but was not affected by th e2/3 vote penalty:

See you next week! Don’t forget to tune in on Monday AM for this week’s Watcher’s Forum, as the Council and their invited special guests take apart one of the provocative issues of the day with short takes and weigh in…don’t you dare miss it. And don’t forget to like us on Facebook and follow us on Twitter…..’cause we’re cool like that!

One thought on “This Weeks’ Watcher’s Council Results”