The New York Times fired its opening salvo for Hillary Clinton’s 2016 campaign in the form of an investigative piece that in large part absolves  her and the Obama administration of the charge that they purposefully misled the public in the wake of the Benghazi attack. Written by David Kirkpatrick, (whom Daniel Greenfield once called “very slimy” in a FrontPageMagazine article), the piece is entitled,  A Deadly Mix in Benghazi, and claims that there was no al Qaeda link to the attack and it was fueled  by the anti-Mohammed video.

Months of investigation by The New York Times, centered on extensive interviews with Libyans in Benghazi who had direct knowledge of the attack there and its context, turned up no evidence that Al Qaeda or other international terrorist groups had any role in the assault. The attack was led, instead, by fighters who had benefited directly from NATO’s extensive air power and logistics support during the uprising against Colonel Qaddafi. And contrary to claims by some members of Congress, it was fueled in large part by anger at an American-made video denigrating Islam.

It should be noted that Republicans have always claimed that Ansar al Sharia, the group behind the attack, was an “al Qaeda affiliate” or supporters of al Qaeda.

One has it that the video, which was posted on YouTube, inspired spontaneous street protests that got out of hand. This version, based on early intelligence reports, was initially offered publicly by Susan E. Rice, who is now Mr. Obama’s national security adviser.

The other, favored by Republicans, holds that Mr. Stevens died in a carefully planned assault by Al Qaeda to mark the anniversary of its strike on the United States 11 years before. Republicans have accused the Obama administration of covering up evidence of Al Qaeda’s role to avoid undermining the president’s claim that the group has been decimated, in part because of the raid that killed Osama bin Laden.

The investigation by The Times shows that the reality in Benghazi was different, and murkier, than either of those story lines suggests. Benghazi was not infiltrated by Al Qaeda, but nonetheless contained grave local threats to American interests. The attack does not appear to have been meticulously planned, but neither was it spontaneous or without warning signs.

Rep Peter King (R-NY), a member of the House Intelligence committee (and candidate for president in 2016) took issue with Kirkpatrick’s findings in an appearance on Fox News, Saturday afternoon..

“It’s clear that there was not adequate security”, he declared. “And it’s also clear that this was an organized, systematic attack with very skilled mortar operators –  this was no kind of mob at all. And  to the extent that a video was involved – it was really peripheral to the whole situation.  This was an organized attack by Ansar al Sharia which is an al Qaeda affiliate in actual practice.” He called the report “misleading” because it was “making a distinction without a difference.”

Catherine Herridge appeared on Fox News Saturday evening to share her insights. She also made mention of the five highly accurate mortars that were fired  on the CIA annex in less than a minute during the second wave of the attacks, noting that it “takes premeditation, it takes advanced planning, but more specifically – it takes training. And this would fly in the face – or at least contrast with the suggestion that this was just somehow spontaneous and a response to the anti-Islam video.”

The New York Times is out with a revisionist account of the Sept. 11, 2012 attack on the U.S. compound in Benghazi. The Times says that in months of investigating, it “turned up no evidence that Al Qaeda or other international terrorist groups had any role in the assault.” The Times also claims that the attack “was fueled in large part by anger at an American-made video denigrating Islam.”

I suspect that the Times story tells us more about Hillary Clinton’s assessment of the threat Benghazi poses to her likely 2016 run for president than it does about what happened in Benghazi. But to the extent that the Times story is viewed as shedding a new, different light on the Benghazi, perhaps the House should hold new hearings on the attack.

The Times bases its claim that neither al Qaeda nor any other international terrorist group had a role in the attack on its view that Ansar al-Shariah is a “purely local extremist organization.” But Peter King, a member and former chairman of the House’s Permanent Select Committee on Intelligence, points out that Ansar al-Shariah is widely believed to be an affiliate terror group of Al Qaeda. King accuses the Times of engaging in mere semantics, and he is probably right. 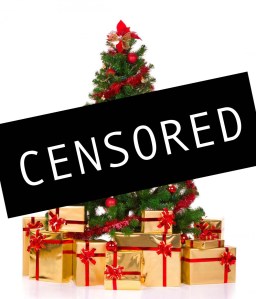 They’ve risked their lives in battle, saved lives and performed feats of extraordinary courage in life-risking situations – all to protect our way of life.

And now, at VA hospitals in three states, children have been barred from singing Christmas carols, and passing out Christmas cards and presents bearing the term “Merry Christmas”  – in order to protect these brave warriors from being offended by what the Regime deems to be inappropriate expressions of Christmas cheer. Our way of life is no longer deemed appropriate by the powers that be.

The Veterans Administration has enacted a “no tolerance” policy for the the “C” word.

Todd Starnes reports that “in Iowa City, American Legion members were told they could not hand out presents to veterans if the wrapping paper said Merry Christmas,” for crying out loud.

The American Legion has asked the VA Central Office for an explanation of why it appears Christians are being singled out for restrictions.

“First of all, VA’s decision to prohibit the delivery of Christmas cards that mention Christmas is ludicrous,” Dellinger said. “Second of all, VA has been down this road before, and recently. VA has been warned through a federal court decree to stop denying freedom of religious expression at its facilities. It’s pretty obvious the Dallas VA did not get that memo.”

On Monday morning boys and girls from Grace Academy in Prosper, Tex., were planning on hand delivering the cards to the wounded veterans. Math teacher Susan Chapman called the hospital to make final arrangements and that’s when she learned there was a problem.

“I told him my students made cards, we’d like to bring them down for the veterans,” Chapman told MyFoxDFW.com. “And he said, ‘That’s great. We’re thrilled to have them, except the only thing is, we can’t accept anything that says ‘Merry Christmas’ or ‘God bless you’ or any scriptural references because of all the red tape.'”

A VA official quoted the policy which is in the Veterans Health Administration handbook:

“In order to be respectful of our veterans’ religious beliefs, all donated holiday cards are reviewed by a multi-disciplinary team of staff led by chaplaincy services and determined if they are appropriate (non-religious) to freely distribute to patients. We regret this process was not fully explained to this group and apologize for any misunderstanding.”

“It really didn’t occur to me there would be a problem with distributing Christmas cards,” said Chapman. She’s married to a veteran and volunteers with the American Legion and other veterans’ organizations.

Can you imagine the abject horror and dismay of a sick vet opening a Christmas card at Christmas time, and reading the words “Merry Christmas?” I mean come on. Thank Gaia the VA stepped in and prevented this abomination from happening.

High school students from the Alleluia Community School were told they could sing about Frosty the Snowman but not the Baby Jesus at the Charlie Norwood VA Medical Center in Augusta, Ga.

Instead, when they arrived to perform, the students were given a list of 12 Christmas songs provided by the hospital’s pastoral service that had been “deemed appropriate for celebration within the hearing range of all veterans.”

In other words, all secular, nothing sacred, the Augusta Chronicle reported.

“Military service veterans, male and female, represent people of all faiths,” hospital spokesman Brian Rothwell said in a statement to the newspaper. “It is out of respect for every faith that The Veterans Administration gives clear guidance on what ‘spiritual care’ is to be given and who is to give it.”

Dan Funsch, the school’s principal, told me this is the first year they’ve been told not to perform religious carols.

“Have we gotten to the point where there are approved Christmas songs?” he asked. “What concerns me is using our government to apply an agenda of aggressive secularization, systematically removing any reference to the Christian underpinnings of western civilization.”

The students opted not to deviate from their prepared selections and left without singing any carols.

So now we’re down to State approved winter solsice songs. Uncle Joe (Stalin) would be so proud.

The VA has been slapped down by a US district judge in the past for this type of behavior. Judge Lynn Hughes signed a court order enforcing a degree prohibiting the VA from engaging in religious censorship.

“It is shameful that the VA continues to censor religious speech in Christmas cards when the VA knows it is against the law to do so,” Hiram Sasser, director of litigation for Liberty Institute, said. “If the VA does not comply with the law and the spirit of the ongoing federal court order from our previous case, we will have no choice but to once again go to federal court to enforce the rights of these students.”