You’ll have to forgive me. I neglected to mention Nancy Pelosi’s recent interview in which she claimed that a large contingent of the GOP is “anti-government, anti-science and anti-Obama” and that while Democrats opposed much of Bush’s agenda, Republican obstruction to President Obama is “something quite stunning.” She capped off the interview with this howler: “We did not treat President Bush this way.”

The truth is – that was just too much gut-wrenching, lying hypocrisy for this girl to take. Look – I have to think about my health when I blog, and I don’t need my blood pressure going through the roof.

Warning: What follows may cause  nausea, vomiting, and dizziness:

“What’s interesting to me is that Democrats and Republicans know what they believe,” Mrs. Pelosi said on MSNBC’s “The Daily Rundown.” “They know what they believe, and that’s what’s happening in Congress … what’s happening here now is we have a large segment of the Republican party that is anti-government. We don’t want any more government than we need, but they’re anti-government, anti-science and anti-Obama.”

“They have a trifecta that is going,” she continued. “Now, I say to the Republicans: Take back your party … you come with confidence with the debate that goes on and try to influence the decision, but to obstruct every initiative that the president’s put forth on jobs and then say, ‘Why don’t we have more jobs?’

We do have more jobs, but no thanks to the Congress of the United States.”Mrs. Pelosi argued that while Democrats opposed Mr. Bush on many issues, including the Iraq War and his efforts to privatize Social Security, they also worked together on many issues such as the Wall Street bailout and energy legislation.“We did not treat President Bush this way,” she said. “We thought we had a responsibility to work with the president to get a job done for the American people and we did. This obstruction to President Obama is something quite stunning. It’s something quite different.”

Revealing Politics created the ultimate answer video to Pelosi’s bogus claims – and I thank them for it, because now I can talk about what she said without retching.

Sure, there were plenty of Republicans who said they wanted President Obama’s policies to fail, most notably Rush Limbaugh, who was immediately lambasted and of course called a racist. Funny thing though, a Fox News/Opinion Dynamics poll in 2006 showed that 51% of Democrats didn’t want Bush to succeed. Wait. Isn’t that worse than what Limbaugh and other Republicans hoped about Obama? But, again… you can’t say anything critical about Dear Leader Obama.

So go ahead Nancy and keep telling yourself that Democrats were super duper nice to President Bush. We’ll be here to set the record straight and remind you of the truth.

To compliment the video, I recommend this trip down memory lane at Zombie’s “Hall of Shame” with the constant  death threats at the heinous anti-Bush era protests. There is nothing – I repeat nahhhhthing – any conservative group protesting Obama has done to even begin to compare.

Linked by Doug Ross, thanks

As Steve Huntley at the Chicago Sun Times noted, “it is unimaginable that IRS special scrutiny of liberal groups during a Republican administration would be written off as bureaucratic bungling. To many conservatives, Obama’s assertion of “not even a smidgen of corruption” sounds a lot like another White House’s claim that Watergate was ‘a third-rate burglary.’”

Exit question, now that some liberals are getting tired of defending Obama on ObamaCare – will they also tire of defending him on the IRS scandal? (Not to mention the Benghazi, NSA, DOJ spying, Fast and Furious and the rest of the scandals.) 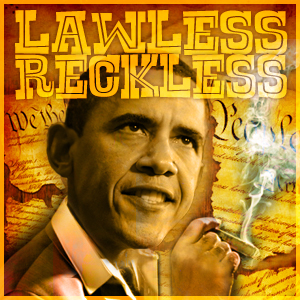 The Council in Action…

Greg over at Rhymes With Right was instrumental in getting a resolution passed by his local county Republican Executive Committee coming out against ‘pay for play’ local endorsements.

Joshuapundit’s latest piece Going Democrat-Lite will make GOP a permanent minority is up at theWashington Examiner…and a shout out and thanks from me to all of you whom linked to it or tweeted it.

Noted author and Council Alumni Trever Loudon continues to burn up the ground with his book tour for his latest opus,“The Enemies Within: Communists, Socialists and Progressives in the U.S. Congress”.He’ll be appearing on the Glenn Beck Program on ‘The Blaze’ TV next month,with taping scheduled for March 27th. And that’s not all:

To bring something to my attention, simply head over to Joshuapundit and post the title and a link to the piece you want considered along with an e-mail address ( which won’t be published) in the comments sectionno later than Monday 6PM PST in order to be considered for our honorable mention category. Then return the favor by creating a post on your site linking to the Watcher’s Council contest for the week when it comes out Wednesday morning 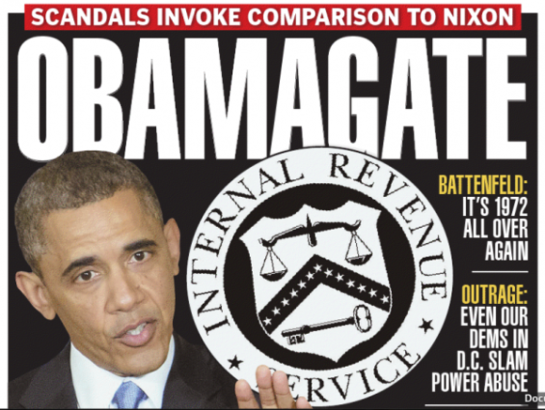 In an exclusive report for WND, investigative journalist Aaron Klein revealed that the IRS has contracted with  “an avowedly progressive organization funded by George Soros to process data filed by smaller tax-exempt groups.”

The federal agency process sends details contained in the annual filings for organizations with $50,000 in annual receipts or less to the Urban Institute, which is funded at least partly by government payments as well as contributions from far-left activist George Soros.

The IRS page directs groups to file with the Urban Institute, although apparently other providers also can file the Form 990 documentation, which is required of every nonprofit, small and large.

The IRS.gov page on the “Annual Electronic Filing Requirement for Small Exempt Organizations – Form 990-N (e-Postcard)” includes instructions to file online, and includes a direct link to the Urban Institute.

It’s for “most small tax-exempt organizations whose annual gross receipts are normally $50,000 or less,” since they are “required” to electronically submit Form 990-N, unless they choose an alternative Form 990 or Form 990-EZ.

“The organization that fails to file required e-Postcards … for three consecutive years will automatically lose its tax-exempt status,” the IRS warns.

There, in the “How to File” box, are instructions to use “this link” to file. The IRS explains, “When you access the system, you will leave the IRS site and file the e-Postcard with the IRS through our trusted partner, Urban Institute. The form must be completed and filed electronically. There is no paper form.”

Klein goes on to note that employees at the Urban Institute” have a record of donating nearly 100 percent of their political contributions to Democrats, and officially, the Urban Institute advocates for totally socialized medicine, carbon taxes and amnesty for illegal aliens.”

The president of allegedly nonpartisan organization is Sarah Rosen Wartell, who is also the co-founder of the Center for American Progress, which is  widely considered to be the brain trust behind many of the Obama administration’s progressive policies.

Cleta Mitchell, the attorney for a number of tea party and conservative groups targeted by the IRS, told WND, “If true, this is a violation of federal law. And since most of the tea-party groups have annual revenues of [$50,000] or less, this would redirect their filings to a group whose mission is fundamentally at odds with tea-party organizations.”

She continued, “Federal law strictly prohibits the disclosure of confidential taxpayer information to persons outside the IRS. It is a felony to disseminate the information.

“Surely this cannot be happening. Surely,” she said. “This would be well more than a ‘smidgen’ of corruption.”

A disgusted Christopher Monckton  said the entire IRS is corrupt. “Sack the lot,” he declared.

“Where a department behaves as corruptly as the IRS, first selectively moving against conservative nonprofits only and then forcing all nonprofits to file their tax returns with a hard-left group only, with the menace that if they did not do so they would lose their nonprofit status, one statute springs to mind.

“The RICO statute,” he wrote.

“The IRS, by its actions, has shown itself to be a racketeer-influenced criminal organization. The nonprofits should band together, now, and mount a RICO action against it.

“Their lawyers will tell them they cannot possibly win. But they will win. And win big. The RICO statute, designed to deal with an earlier generation of Chicago gangsters, pays the successful plaintiffs three times their costs in fighting the action. Once the courts have held the IRS to be corrupt, it can and will be closed down,” he wrote.

He said a foreign company should be contracted for the IRS work.

“An organization that has behaved with such outrageous disregard for the iron obligation of strict political neutrality that is the first and most sacred duty of any tax-gatherer can only have done so because throughout its senior management there is ingrained contempt for the taxpayer and for the law,” he added. “The IRS has put politics above the law. Sack the lot.”