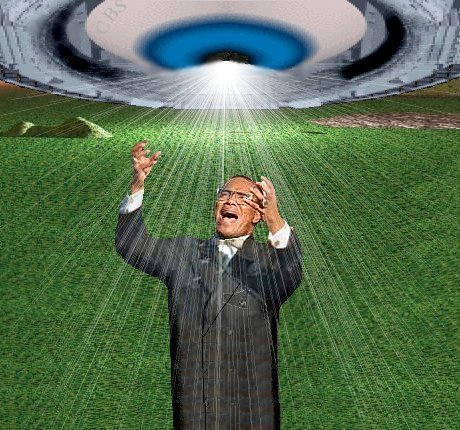 Louis Farrakhan, the leader of the Nation of Islam, has called upon the president to “open up Area 51,” a government location in New Mexico known for sparking conspiracy theories surrounding aliens and UFO landings.

Via The Blaze,  comic relief for trying times…

During the final installment of his year-long sermon series “Time and What Must Be Done,” The Minister Louis Farrakhan called on President Barack Obama to “open up Area 51,” a government location known for sparking conspiracy theories surrounding aliens and UFO landings.

“President Barack Obama, call the scientists. Open up Area 51 to the scientists to the world, because you America are the leader that Allah God has raised and made you powerful that he might make himself known through you,” Farrakhan said. “And if America calls the scientists of the earth to such place, they will respond.”

The Nation of Islam leader said that calling “the scientists” to the location would “show them the sign of the presence of God to right the wrongs of the earth and heal it.”

Farrakhan maintained that Obama would place the “shadow government” — a coalition that is purportedly “controlled by the global elite” and has seemingly veiled Area 51 and UFOs in secrecy — in danger of being exposed if he complies.

The faith leader believes that this secretive government force has hidden the presence of UFOs from American presidents and the public alike for decades. This includes The Mother Wheel, a massive spaceship that he believes remains in orbit and will eventually rescue Nation of Islam adherents from earth.

“The scientists all over the earth will know, especially through the clarity of our voice and what they see that God is present and that we whom they have destroyed would not have this knowledge if it did not come from the highest of sources,” Farrakhan continued. “We believe our words that we have shared on the presence of the Wheel could help the president and America to avert Allah’s warning of chastisement and destruction if America does not bow down.”

Farrakhan described the mother-wheel, thus in a 2011 speech:

It took 15 billion dollars in gold at that time to build it. It is made of the toughest steel. America does not yet know the composition of the steel used to make an instrument like it. It is a circular plane, and the Bible says that it never makes turns. Because of its circular nature it can stop and travel in all directions at speeds of thousands of miles per hour. He said there are 1,500 small wheels in this Mother Wheel, which is a half mile by-a-half-mile. This Mother Wheel is like a small human built planet. Each one of these small planes carry three bombs.”

“Its gonna be astounding to see how scary them people gon look bruh,” said one commenter on YouTube.

Someone is slightly off his rocker, you guys.