CPAC is expected to draw at least 10, 000 conservatives from across the country. For conservative voters and activists, CPAC is an opportunity to hear and meet conservative politicians, leaders and intellectuals, all of whom share basic values of limited government, lower taxes, less regulations, free markets, individual liberty and family, among others. For politicians, on the other hand, CPAC is a unique opportunity to speak and connect with grassroots activists.

The event will feature a slate of potential 2016 presidential candidates, including Senators Ted Cruz, Rand Paul, Mike Lee, Marco Rubio and Governors Bobby Jindal and Chris Christie. The New Jersey governor was denied a speaking slot last year following his “bromance” with President Obama in the wake of Hurricane Sandy.

Tomorrow promises to be an action packed day. Ted Cruz will get things rolling with his speech at 9:00. He will have a bloggers briefing in the afternoon. After that, I will be taking part in a conference call with Reps Chairman Issa and and Cathy McMorris Rodgers on Obama’s imperial presidency and executive overreach.

If you have any suggestions for me on what I might ask Chairman Issa on that conference call, let me know in the comments.

Well the IRS Targeting hearing with Lois Lerner went well, didn’t it? Sorry for the delayed reaction. I was en route to Washington DC for CPAC 2014 while this mess was going down.

Republicans have been saying that Lerner was expected to either testify or ask for a delay, today.

She maintains that she did not waive her right to plead the Fifth when she made a statement at the hearing last July. We were also led to believe that there would be immediate repercussions if Lerner refused to testify again. She was to be held in contempt and sent to jail.

“On the advice of my counsel, I respectfully exercise my Fifth Amendment right and decline to answer that question,” she said in response to several questions.”

There are reports that Lerner’s life has been threatened. But in what manner and by whom? She’d probably plead the Fifth before she’d answer that question, too.

“On the advice of my counsel, I respectfully exercise my Fifth Amendment right and decline to answer that question,” she said in response to several questions.

But ranking Democratic Rep. Elijah Cummings, D-Md., got into a heated argument with Chairman Darrell Issa, R-Calif., after Issa tried to adjourn the hearing.

Issa at first stood up and prepared to leave as Cummings said he wanted to ask a “procedural question.” In seconds, tensions flared.

“Mr. Chairman, you cannot run a committee like this,” Cummings appealed.

Cummings’ microphone was then turned off, and then flipped back on again. Issa sat down momentarily, but then abruptly told Lerner she was “released” and said: “We’re adjourned, close it down.”

Cummings, his microphone again turned off, continued to shout, complaining about the Republicans’ “one-sided investigation.”

“I am a member of the Congress of the United States. I am tired of this,” he shouted.

The clash bared long-running tensions between the Democratic and GOP members of the committee over the IRS probe.

Lerner headed the IRS division that improperly targeted Tea Party and other conservative groups. After publicly disclosing the targeting, Lerner refused to answer questions about it at a congressional hearing last year. Lerner then resigned from her post as the agency’s director of tax-exempt organizations.

Issa and Lerner’s attorneys have argued about whether she is now still protected from having to testify under the Fifth Amendment. Emails obtained by Fox News revealed an attorney for Lerner negotiated over whether she would testify.

“Ms. Lerner is uniquely positioned to provide testimony that will help the committee better understand how and why the IRS targeted conservative groups,” he said.

Issa warned that the committee may consider whether to hold her in contempt if she continues to stay silent. House Speaker John Boehner later made the same threat.

Last week, Lerner lawyer William Taylor made public a letter in which he told the committee that Lerner would testify on Capitol Hill only if compelled by a federal court or if given immunity for the testimony.

He was responding to a letter from Issa saying, in part, that Lerner’s testimony remains “critical to the committee’s investigation.”

Issa explains why he cut off Cummings’ mike: “He was actually slandering me at the time that his mike went off…” 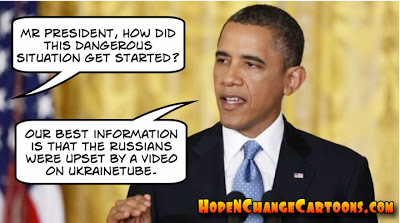 The Council In Action!!

Liberty’s Spirit has a new post out at the Times of Israel, The Importance of “People First” Language.

Nice Deb has a brand new post up Breitbart, If Congress Wants to Stay Relevant as an Institution, They Should Not Stand Idly By And Let the President Take Their Power Away

This week, The Mellow Jihadi, The Pirate’s Cove, Victory Girls and The Lonely Conservative earned honorable mention status with some great articles.

You can, too! Want to see your work appear on the Watcher’s Council homepage in our  weekly contest listing? Didn’t get nominated by a Council member? No worries.

To bring something to my attention, simply head over to Joshuapundit and post the title a link to the piece you want considered along with an e-mail address ( which won’t be published)  in the comments section no later than Monday 6PM PST in order to be considered for our honorable mention category. Then return the favor by creating a post on your site linking to the Watcher’s Council  contest for the week when it comes out Wednesday morning.

It’s  a great way of exposing your best work to Watcher’s Council readers  and  Council members, while grabbing the increased traffic and notoriety that goes with it. And how good is that, eh?

Like Loading...
Former Director of IRS Exempt Organizations Lois Lerner returns to Congress today to testify before the House Oversight and Reform Committee —  to settle some unfinished business.
There’s been a question of whether she will testify this Wednesday, or be granted a one week delay.
Congressman Trey Gowdy told Fox News’ Bill Hemmer that it looks like she’ll be testifying this Wednesday, and he has a bone to pick with her about some “demonstrably false” statements she’s made about the IRS’s political targeting.
Gowdy, a former federal prosecutor says she will not be granted immunity, “she is not getting immunity – period! he repeated.
When asked where the targeting originated from, Gowdy replied firmly and deliberately, “Washington DC. You remember the State of the Union where the president famously  chastised the Supreme Court for their decision in Citizen’s United? To their face at the State of the Union. Democrats don’t like that opinion and they immediately started a project and that’s not my word that’s her word.”
Gowdy went on to say, “they started a project to unravel Citizen’s United because they were tired of outside groups going after Democrats. This was orchestrated, it was planned, and we’ll prove it tomorrow or whenever she testifies.”
He confidently stated, “I think we’re building a pretty good case, and I think you’ll see that tomorrow, or a week from tomorrow.
The Daily Caller is reporting that Lerner’s attorney Bill Taylor, has been negotiating for immunity for Lerner since at least September, and is now  trying to delay or prevent her from testifying.

Taylor claimed that Lerner’s life has been threatened if she testified. TheDC has independently verified Taylor’s claim.