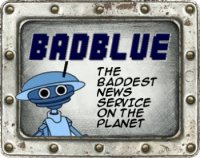 This public service announcement comes you via my blog buddy, Doug Ross.

Like you, I spend a lot of time trying to keep up-to-date on the hottest significant news stories. Since we free-thinking folks have to largely bypass vintage media, which have largely become a public relations arm of the Obama administration, it isn’t easy to do. There are thousands of great sites out there, any of which can have a noteworthy news story.I don’t know about you, but I don’t have the time to check thousands of websites for breaking news.

Yes, there are some great aggregators out there: Drudge, Twitchy, etc. But all of them rely upon human editors and, most importantly, don’t give smaller blogs and websites much of their attention.

That’s why we created BadBlue News. It’s a very different type of news aggregator because it uses machine learning and automation to achieve massive scalability in assessing news sources and breaking stories. Here’s how it’s different:

1. It uses social network buzz, not a set of human editors, to determine how important a story is.

2. It levels the playing field for smaller websites and blogs by taking into account traffic patterns; that is, a story on a small blog with 15 retweets might be equivalent to a story on Fox News with 1,000 retweets. The traffic patterns and social buzz are both factored in by BadBlue to offer a much wider range of news coverage than any other aggregator.

BadBlue is growing quickly. From September 2013 to January 2014, page views grew by 20 percent, with Google Analytics reporting the average time onsite is a startling 31 minutes!

In this election year, BadBlue can play an important role for advancing the conservative agenda by cutting through the media censors and offering a level playing field for websites and blogs of all sizes.

2014 will be a big year for liberty and I believe getting the word out on uncensored news stories — bypassing the state-run media — will be critical.

You can find the BadBlue button near the top of my right sidebar right under Larwyn’s links. 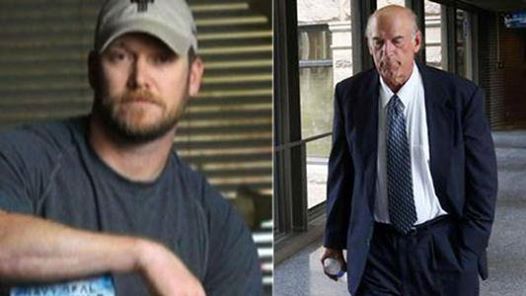 This is just horrendous news.

Although verdicts in such cases are customarily unanimous, both sides agreed to a split verdict. The verdict of 8 to 2 was reached after more than a week of deliberations. Jurors awarded Mr. Ventura $500,000 for defamation and $1.3 million for what was termed the author’s unjust enrichment.

Mr. Ventura, 63, had sued the estate of Chris Kyle, the former member of the SEALs, saying that his book, “American Sniper: The Autobiography of the Most Lethal Sniper in U.S. Military History,” included passages about Mr. Ventura that were false and defamatory. Mr. Ventura, an outspoken and colorful figure, stunned the nation by winning election as governor of Minnesota against two well-known candidates from the traditional parties. He was governor from 1999 to 2003.

Two weeks ago, I reported on the testimony of witness after witness who said that they heard at least part of Ventura’s ranting and saw parts of the fight. It looked to me like the trial was not going well for him.

One saw him take a punch. Another said he saw him on the sidewalk outside a bar. Another saw him leave with blood on his lips.

Rosemary deShazo, a friend of Chris Kyle’s who attended the wake, testified that she heard Ventura make a disparaging remark about U.S. Navy SEALs similar to the one Kyle described in “American Sniper.”

“He said, ‘They probably deserved it, they die all the time,’ ” she testified.

Under cross-examination DeShazo conceded that she was paraphrasing Ventura. But when asked by Kyle attorney Leita Walker how confident she was about the quote, she responded, “quite confident, very confident.”

DeShazo is a sister of Laura deShazo, who testified Monday that she saw Ventura punched in the bar.

Rosemary deShazo said she did not see a punch, but recalled Ventura’s remarks because of the context. “Unusual things that are emotional stick in your memory. I remember he offended me, offended people I was with.”

I started to worry when the jury took more than a few hours to come to a verdict. Obviously, I wasn’t in the courtroom, but defamation cases are notoriously hard to prove in a court of law:

Apparently the jury found the witnesses for Ventura to be more compelling than Kyle’s witnesses, but I still have no idea how this high bar could have been met when there was such conflicting testimony. How on earth did the prosecution prove beyond a reasonable doubt that Kyle told the story with the intent of doing harm to Ventura?

The NYTs reports that “Mr. Ventura has said that his lawsuit is not about money.” He just wanted an apology and to clear his name.

Not that he has any plans to return the $1.8 million dollars he won against Chris Kyle’s widow and children.

The Kyle family is considering appealing the decision according to Kyle estate attorney John Borger.

During a news conference, he said Kyle’s widow “was very surprised and obviously upset,” when he called to tell her the news.

It’s unclear when the bill will come to a vote, as we’re days away from the August recess,  and the silly season will be in full swing when lawmakers return to Capital Hill in September.

The Freedom Act – first introduced in October by Leahy, D-Vt., in the Senate and Rep. Jim Sensenbrenner, R-Wis., in the House – is unique from other bills responding to revelations of broad NSA surveillance because it would end the automatic bulk collection of phone records. Leahy has been negotiating with the Obama administration and other members of the Senate and the intelligence community on changes to the legislation since a compromise version of the legislation passed the House in May.

Leahy said in a statement that the revised bill balances privacy and transparency with the ability of law enforcement and intelligence agencies to monitor national security threats.

“If enacted, this bill would represent the most significant reform of government surveillance authorities since Congress passed the USA Patriot Act 13 years ago,” he said. “This is a debate about Americans’ fundamental relationship with their government – about whether our government should have the power to create massive databases of information about its citizens.”

Sen. Ted Cruz, R-Texas, a co-sponsor of the bill,  released the following statement regarding the USA FREEDOM Act of 2014:

“Republicans and Democrats are showing America that the government can respect the privacy rights of law-abiding citizens, while at the same time, giving law enforcement the tools needed to target terrorists,” said Sen. Cruz. “The USA FREEDOM Act of 2014 ends the government’s bulk record collection program and implements other necessary surveillance reforms. Importantly, it also sends a strong signal that a bipartisan coalition in Congress is working to safeguard our privacy rights. I am honored to work with my colleagues on both sides of the aisle toward delivering this bill to the President’s desk for his signature. We need to protect the constitutional rights of every American.”