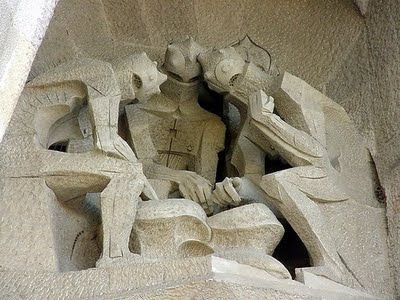 Did you know that ‘our bodies, being products of eating, are immoral by essence’, and ‘consumption not only bites the world but lessens the leftovers for everyone else’? […] “procreation has become an unintentional act of aggression against the fellow multitudes already cramming the planet.”

~ from The American Experience, a propagandized high school literature text

Leftist revisionist history is seen through a negative, bleak, self-flagellating prism and it is now permeating our schools thanks to Common Core.

Periodically, I post an article about one of the texts or supplementary materials being used under Common Core that promote propaganda, and anti-American ideas. America Now is one such book.

America Now by Robert Atwan is a book of essays from recent periodicals, which is being used in AP English classrooms in numerous high schools and in undergraduate college classes throughout the nation. It is Common Core aligned. It is typical of the type of indoctrination that is becoming part and parcel of the Core. It has less to do with English than it has to do with perpetuating the leftist vision of America – the new America, America Now!

America now is an America that abandons traditional America and takes up a new, improved Leftist America. Common core is the vehicle by which this new America can be rapidly and widely spread.

Parading around as English literature, it is simply leftist propaganda. The theme capitalism is evil runs throughout.

Big Government and government agencies are extolled. The rich are demonized, Southern people are demeaned, man is described as too costly, man is an agent of destruction on earth, and illegal immigration is promoted.

Happiness is something to be attained by adapting to the Marxist perspective.

A telling quote from the book: “One cure–for those who feel that their pursuit of happiness has been sent on a long detour through the labor camps of American and international capitalism–is the institution of a government department that has as its only priority the happiness of all Americans.”

Another article, on the sticky post on our front page, deals with yet another vile, unAmerican book called The American Experience.

A Tea Party leader, Becky Gerritson, who testified before Congress last year and who told Congress “they had forgotten their place,” testified before an Alabama Senate Education Committee in support of a bill to allow local school districts to opt out of Common Core.

Her testimony concentrated on the widely-used literature text, The American Experience: 1900-Present by Prentice Hall. It is Common Core aligned. When she read one paragraph from a recommended novel that was incorporated into the book, it was so pornographic even the senators wouldn’t listen to it. She reminded them that this is being taught to 16 and 17 year olds.

Much more at the link.

In our non-Council category, the winner was Sharyl Atkisson in The Daily Signal with Benghazi Bombshell: Clinton State Department Official Reveals Details of Alleged Document Review submitted byJoshuapundit. Ms. Atkisson, an award winning reporter reveals via a former State Department functionary how for mer Secretary of State Hillary Clinton and her people were part of an operation to “separate” damaging documents before they were turned over to the Accountability Review Board investigating security lapses surrounding the Sept. 11, 2012, terrorist attacks on the U.S. mission in Benghazi, Libya. Do read it.

Here are this week’s full results. Only The Colossus of Rhodey was unable to vote this week, but was not affected by the 2/3 vote penalty: