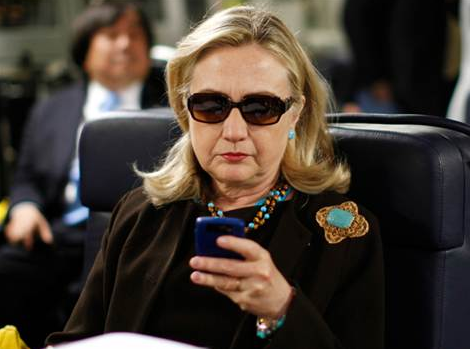 Rather than send the records electronically, she sent tens of thousands of hard copies – actual pieces of paper, to the State Department.

Why did Mrs. Clinton have her staff go through the trouble of printing out, boxing and shipping 50,000 or 55,000 pages instead of just sending a copy of the electronic record? One can only speculate, but there is an obvious advantage: Printed files are less informative and far harder to search than the electronic originals.

Because State has only printouts of emails, department personnel responding to a Freedom of Information Act request have to go through the whole haystack rather than type “needle” into a search engine. At best, that would mean long delays in FOIA compliance.

Likewise, printouts are not subject to electronic discovery in the event of investigation or lawsuit. The Times reports that department lawyers responding to a request from the House Select Committee on Benghazi took two months to find “roughly 900 pages pertaining to the Benghazi attacks.” And printouts do not include electronic “metadata,” which can provide crucial forensic evidence.

Is this normally how it’s done? I’ve seen (former) Chairman Issa presiding over Oversight hearings with boxes and boxes full of documents. I’ve been under the impression (watching various House hearings) that when the government releases documents, they come in hard copies because those records can be redacted. And the Obama administration is really big on redacting information.

This is the IRS's idea of being open and transparent with subpoenaed docs. http://t.co/QtnZuNOP4O pic.twitter.com/olTHCPWsw9

Otherwise, why would the government release hard copies rather than electronic records?

The S. Rept. 104-272 – ELECTRONIC FREEDOM OF INFORMATION IMPROVEMENT ACT OF 1995 stipulates that the agency should provide records in the format in which the records were maintained by the agency. But of course, Hillary maintained her emails on her private server and provided hard copies to the agency (State Dept.)

So there’s that. And so much more.

Hard to keep up with Hillary’s email and foreign donations scandals, today:

(Like I’ve been saying – this is a Regime-wide practice.)

Ace of Spades: Bad Ass: Hillary Clinton Answers Spontaneous, Impropmtu Questions from “Real Women” Note: Even AP Says These “Real Women” “Appeared to be Reading Their Questions From a TelePrompter”

What’s the solution for Hillary Clinton’s email troubles? “Disclose everything,” says Charles Krauthammer. “This whole thing is about non-disclosure,” said Krauthammer on Monday’s Special Report. “It’s about hiding e-mails. It’s about having your own server, so you have your own lawyers protecting it. It’s about having this money flow in from the outside world while she is secretary of state, and, now, knowing that she might be the president — which obviously is a kind of corruption.

One thought on “Hillary Clinton Turned Over 55,000 Paper Printouts – not Emails”