“When the winds of change blow, some people build walls and others build windmills.” – Chinese proverb

“The Middle East is obviously an issue that has plagued the region for centuries.”– President Barack Hussein Obama

“Instead of the triumph of democracy and progress, we got violence, poverty and social disaster — and nobody cares a bit about human rights, including the right to life. I cannot help asking those who have forced that situation: Do you realize what you have done?” – Vladimir Putin at the UN September 2015, commenting on those whom supported Islamist revolutions and left a vacuum of power in the region. 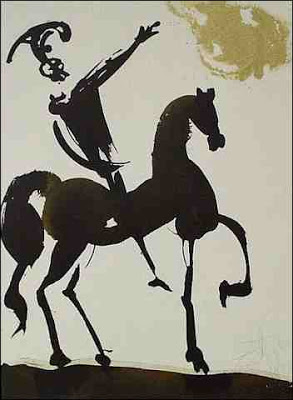 This week’s winning essay,Joshuapundit’s, The Real Story Behind Putin And Netanyahu’s Moscow Meeting – Updated deals with the real story of what went down at Russian leader Vladimir Putin’s meeting with Israeli PM Benyamin Netanyahu in Moscow, an analysis on what the Russians are up to in Syria and my accurate prediction on whom they would mount airstrikes against – and it wasn’t ISIS.

The recent meeting between Israeli PM Benyamin Netanyahu and Russian leader Vladimir Putin has sparked the usual nonsense in the media, usually complemented by analysis from ‘experts’ in academia or a former security head or two – usually affiliated with the Leftist Labor party – long out of the loop.

Here’s an outline on what actually went down, according to one of my notorious Little Birdies.

The Israelis actually welcome, in a sense, the new Russian base in Syria. They see it as a stabilizing force, and they also know that Russia is chiefly interested in preserving their ally Assad and their Mediterranean access via the Syrian port of Tartous.

Israel’s chief concerns are the possible build up of a new terrorist front in the Golan Heights now that Iran has all that cash courtesy of President Obama, avoiding any clashes with Russian personnel now deployed in Syria and stopping any weapons shipments going to Hezbollah. The Israelis already understand that the Russian alliance with Iran means that Russia is going to be little or no help in dealing with Iran’s nuclear threat.

Contrary to what you may be reading elsewhere, Russia did not request nor did Israel agree to any formal limits on its ability to intervene in Syria to stop weapons shipments to Hezbollah or terrorist attacks on the Golan. What Israeli chief of staff Lt. Gen. Gady Eisenkot and his Russian equivalent Gen. Valery Gerasimov agreed on was the establishment of a hotline between the Russian and Israeli general staffs.

This will connect the offices of Gerasimov’s deputy, Gen. Nikolay Bogdanovsky in Moscow and Eisenkot’s deputy, Gen. Yair Golan, in Tel Aviv. It is designed to facilitate communications and clarify things during or after Russian or Israeli military operations in Syria and to avoid any unnecessary clashes between the two military forces.

Israel has a similar setup with American forces in the region to facilitate military cooperation. Since Russia is by now the dominant source of non-native boots on the ground in the region, such an arrangement only makes sense.

Other possible topics for discussion likely involved an Israeli request that the Russians not introduce certain advanced weapons systems into the area. Israel had a similar deal with Putin in the past after successful Israeli strikes on Syrian bases storing arms bound for Hezbollah. That arrangement exploded after Putin found out that President Obama had secretly moved 1,800 US troops to the Jordan border with Syria while the two of them were supposedly working on a diplomatic solution to Syria and the EU ended an arms embargo on the rebels in what was obviously a co-ordinated move.

Much is being made of Russian S-300 missile systems, but the last time Putin shipped S-300s into the Middle East, the Russian Ship Arctic Sea was mysteriously hijacked en route to Iran, the S-300s were removed and disappeared and it was Israel’s Mossad who told the Russians where they could find their ship, which had been boarded by a mysterious group of men posing as narcotics agents off the coast of Sweden some days earlier.

The Israelis have obviously had their hands on these for some time and figured out how to deal with them. And the Russian SAMS guarding Syria’s nuclear site they set up in connivance with North Korea didn’t have much effect on Israel’s planes either, you’ll recall.

Putin will likely continue to sell arms to Syria and Iran for transfer to Hezbollah, but will turn a blind eye on Israeli interdiction of those shipments as long as he gets paid and there are no major Russian casualties. He may also have agreed to avoid introducing certain weapons systems into the region like the Kornet missiles as part of this new understanding.

Netanyahu was quoted in the Times of Israel as saying that he told Putin in “no uncertain terms” that Israel will not tolerate Tehran’s efforts to arm Israel’s enemies in the region, and that Jerusalem has taken and will continue to take action against any such attempts. “This is our right and also our duty. There were no objections to our rights and to what I said. On the contrary: there was readiness to make sure that whatever Russia’s intentions for Syria, Russia will not be a partner in extreme actions by Iran against us.”

Putin responded by saying that the Syrian army was too bogged down in its own civil war to deal with fighting against Israel.

“All of Russia’s actions in the region will always be very responsible,” Putin said. “We are aware of the shelling against Israel and we condemn all such shelling. I know that these shellings are carried out by internal elements. In regard to Syria, we know that the Syrian army is in a situation such that it is incapable of opening a new front. Our main goal is to defend the Syrian state. However, I understand your concern.”

To find out what Russia is up to in Syria and whom they’re mounting air strikes against instead of ISIS, go to the link.

In our non-Council category, the winner was Mark Steyn with The Emperor’s Moral Narcissism submitted by Bookworm Room . It’s his superb take on the invasion of Europe.

Here are this week’s full results. Only Don Surber was unable to vote this week but was not subject to the normal 2/3 vote penalty :