If you’ve been procrastinating on this, today is the last day to help a wounded warrior through Project Valour-IT.

Although donations have been trickling in slowly, today, some big guns are helping out, and the possibility of reaching the halfway mark is now in sight.

That’s the number of requests Project Valour-It has they can’t afford to fulfill at the moment.

Howling at the Moon has the numbers:

You can donate to the Marines, here.

Whoa! We are moving the needle quickly, now…

For today’s Project Valour IT post, a video via Marine Team Leader, Howling At The Moon, Thank God For The Soldier performed by former Marine Artie Rodriguez:

Go here to make a donation to the Marine Team.

Here’s  a letter of thanks (in advance) for your generosity from a wounded warrior:

In 2005, I was wounded.  For some months, I was unable to use my hands.  They were simply too badly damaged from the blast, and the surgeries to make them usable again left me unable to do anything for myself.

Then came Soldier’s Angels, who gave me a laptop, and paired it with special software that allowed me to control the computer, using only my voice!  Imagine, being able to do anything you can do with a mouse and keyboard, using just your voice.  For me, it allowed me to do one thing, that I could do before I was wounded.

That one thing–when everything: feeding, cleaning, scratching, everything had to be done for me–that one thing I could do for myself allowed me to connect to my soldiers, friends, and family. That one thing… that one thing began a long road to recovery.  It gave me hope; that I could learn to do other things like I did before.

That one thing is only possible if people like you care enough to help.  We have provided thousands of these systems since 2005, but the needs for these systems is still increasing.  I visit military medical facilities and meet with wounded troops, and know that there are ways to help them… and right now, I have to tell them to wait because we need funding.

Should our wounded have to wait for something that can help them heal, take their mind off their pain, or bring them a little sense of self?

Please help us raise $100,000 between July 1-14; to keep us in the business of providing for our wounded.  It seems like a lot of money, but every single dollar  helps.  Every dollar donated goes to the troops.  None of the VALOUR-IT donation goes to administrative or other costs.  You’d be hard pressed to find any charity that does that, but it was a stipulation I made when we set it up.  That number seems huge, insurmountable.  But you know how you eat an Elephant? One bite at a time.  Give what you can, please.  I know times are tough.  Times were pretty tough for me, too, and are pretty tough for young men and women learning how to use prosthesis, getting skin grafts, having wounds washed out.

Donate if you can, please share the message with others.  Get your friends to give what they can.  Write about it on Facebook and twitter.  Call in to a radio or TV show.  Spread the word. Spread the love. Spread the hope.

Project Valour IT is a friendly competition among bloggers sponsored by the great organization that works for the benefit of our wounded military members, Soldiers’ Angels.  I’ve joined the Marine Team, as I always have in the past. This 3 1/2 minute video explains what Valour IT does for our war wounded.

Feel free to donate to any of these, if you so choose.

You can donate here for the Marine Team.

In case you don’t know, this is what this great cause is all about:

Voice-controlled Laptops – Operated by speaking into a microphone or using other adaptive technologies, they allow the wounded to maintain connections with the rest of the world during recovery.

Marine Team leader, Wollfe of Howling at the Moon dug up this 1962 advertisement for Marine Corps Officers, sung by Patsy Cline, to help get you in the giving mood.

We can do better than that, people. I know the economy stinks, right now, but if  enough people participate, the donations don’t have to be large – every little bit helps. Let’s do this for the troops!

Wollfe of Howling at The Moon is leading the Marine team in this years Valour IT fund raiser.

Just a little early morning something for your motivation.

Remember the Fallen, Honor their Memory.

This slide show consists of photos taken at a formal dinner at the National
Museum of the Marine Corps in Quantico, VA.

It is a beautiful presentation of the honor, commitment and pride today’s
heroes share with yesterday’s. To my Marine friends, I salute you.

Donations for the Marine Team can be made here.

Little Miss Attila has more news and music to kick A$$ by….. 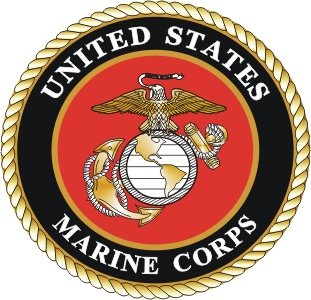 Two days away from the end of the competition, and on the 234th Birthday of the Marine Corps, the Marine team stands about $2000 away from our goal. We’ve worked hard, but we’re coming into the home stretch. I’d like to issue a challenge to all of you: let’s see if we can push the Marine team over the top today. With your help, I know we can do this.

“…the Marine Corps has never experienced a mutiny. Marines in England were revered for their loyalty to the crown, just as United States Marines are now revered for their downright fanatical dedication to each other, their service, and their country. Using Latin to characterize this quality represents its legitimization–its codification. Significantly, for Marines at least, it also provides a caste–a group that is separate and unique from any other–a group that has no desire to be like any other.What is left unsaid in the motto is also notable. The phrase is “Always faithful.” It isn’t “Sometimes Faithful.” Nor is it “Usually Faithful,” but always. It is not negotiable. It is not relative, but absolute.“

Jules takes a stroll through Hahvahd Yahd and finds a few surprises:

It’s always easy to poke fun at the World’s Greatest University across the Charles, all the more so in recent decades as, like much of academia, it sank in a wretched swamp of America-bashing leftism while continuing to survey the world down its superior nose.Did you know that Harvard can now boast no fewer than 16 Medals of Honor among its alums? Thanks to the efforts of some veterans who have long treasured their university’s military traditions and dug into military records and Harvard archives, the university can claim the highest known number outside the service academies.

Courtesy of Dr. Melissa, Bob Parsons, CEO of GoDaddy.com gives a shout out to his fellow Marines.

The Marines have given a lot for us. Ercille has thoughts on how you can pay it forward. Bonus points for the dynamite Arty photos!

Speaking of which, the C-Square has page after page of wonderful photos of Marines doing what Marines do best. “Just keep scrolling”, as the saying goes.

Mike the Marine’s Birthday video from 2008.

Drew at AoSHQ has a USMC birthday post up, as well.

Mike the Marine’s Birthday video from 2008.

StixBlog adds birthday salutations! And a cool graphic, too: 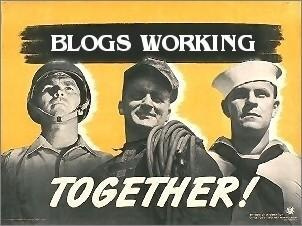 You can see a photo of Jason below, and watch the moving video of President George W. Bush awarding the Medal of Honor to Corporal Jason Dunham, USMC, posthumously.Ercille has more birthday thoughts – link- and history-rich!

Coalition of the Swilling weighs in on that long, unbroken line.

I am an unabashed admirer of the United States Marine Corps and those who have earned the privelege to call themselves Marines. One of my very good friends, about whom I’ve written before, is a Marine of the old-school vintage. I called him this morning, as I do every November 10th, to wish him a Happy Birthday and he answered his phone, as he does every November 10th, with “Semper Fi”. It’s not truly his natal day, but it is a birthday to him and I’m pleased to honor that, and his incredible service, with a phone call. It wasn’t a long call but I told him I missed not being able to spend as much time with him as I’d like and that I love he and his marvelous wife. When we hung up, I was smiling and I could hear the grin on his end, too. November 10 is always a good day for him.Remembering Cpl. Jason Dunham: Blatherings Blog has a tribute to Jason Dunham and video, too!