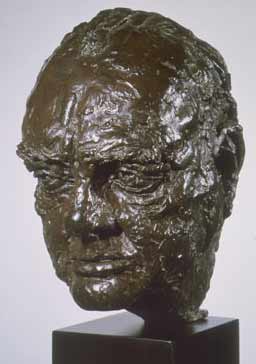 Via The Weekly Standard:

At an event in London, Republican presidential candidate Mitt Romney said, “I’m looking forward to the bust of Winston Churchill being in the Oval Office again.”

Mitt Romney at London fundraiser: “I’m looking forward to the bust of Winston Churchill being in the Oval Office again.” #watersedge?

After making a rude dig at Mitt Romney by insulting Salt Lake City, Obama BFF, David Cameron was all smiles as he greeted the former governor at his Downing Street office in London today.

Romney stressed the importance of the longtime trans-Atlantic alliance in meetings with Cameron and other top British political leaders as he kicks off his first official appearances in a weeklong international trip.

Cameron reportedly “felt a vote of confidence” from what Romney said to him.

The press is absolutely delighted with any tiny mistake Mitt Romney might make while visiting England for the Olympics. Think they’ll harken back to the time when President Dog-Eater humiliated himself and America with his gaffe-a-minute visit to the “sceptered isle?” Yeah, I doubt it…

Don’t worry gringos, I got your back:

Keep reading. And thanks for jogging my memory, el Sooper! 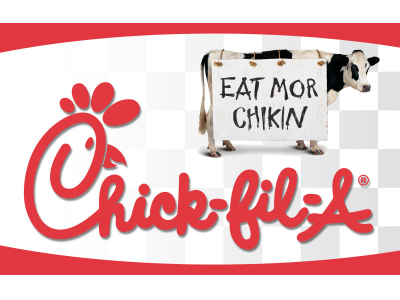 Chick-fil-A President, Dan Cathy set off a liberal firestorm when he was quoted July 16 in the Baptist Press saying he was “guilty as charged” for supporting “the biblical definition of the family unit. “We are a family-owned business, a family-led business, and we are married to our first wives. We give God thanks for that.”

To the  unhinged left – this is tantamount to hate speech – and must be stamped out. How dare they have such Christian, pro-family opinions (that most Americans agree with) and how dare express them in public.

The Boycott Chick-Fil-A website, plaintively asks – “How can something so good be so evil.”

Because everybody knows, if you don’t agree with the left-wing values, (or lack thereof),  you’re evil…

Everyone knows cops are tools of the one percent.

The Mayors of two of America’s most liberal cities, Boston, and Chicago wholeheartedly agree that Christian views on homosexuality must be stamped out..  How dare these Christians express Christian opinions! Not in our fair cities!!!

Chicago Tribune: Chick-fil-A values are not Chicago values,” said Mayor Rahm Emanuel in a statement. “They disrespect our fellow neighbors and residents.”

Emanuel was vowing his support for Alderman Moreno’s announcement that he would block construction of a Chick-fil-A restaurant in his district.

Boston Mayor Menino said he would block the chain from opening in Boston because of Cathy’s opposition to gay marriage.

Yahoo News: “In recent days you said Chick-fil-A opposes same-sex marriage and said the generation that supports it has ‘an arrogant attitude,’” Menino wrote in a letter dated July 20.  “Now—incredibly—your company says you are backing out of the same-sex marriage debate. I urge you to back out of your plans to locate in Boston.”

While stiffing Chick fil A, Emanuel is welcoming Louis Farrakhan‘s “Fruit of Islam” the paramilitary arm of the Nation of Islam into the streets of Chicago, ostensibly to help fight crime.

Ignoring Nation of Islam leader Louis Farrakhan’s history of anti-Semitic remarks, Mayor Rahm Emanuel welcomed the army of men dispatched to the streets by Farrakhan to stop the violence in Chicago neighborhoods on Wednesday.

According to The Sun Times, Chicago’s first Jewish mayor has no interest in revisiting Farrakhan’s history of making anti-Semitic statements.

I’m sure he’s not interested in revisiting one of Farrakhan’s most recent statements, either: All White People Should Be Scientologists To Prevent Them From Being “Devil Christians” And “Satan Jews”…
Garvey Ashhurst from the Global Grind applauds Emanuel, saying, “we should all take a page out of his (Emanuel’s)  book and put aside petty differences for the greater good of man.”
No doubt Chick-fil-A President, Dan Cathy agrees.
SEE ALSO:
Twitchy: Run and tell that: Antoine Dodson won’t stop eating at Chick-fil-A; Updated

You know him best as the Alabama man who scared away a potential rapist, but Antoine Dodson has a lot more to say than just “Hide yo kids, hide yo wife.”

Dodson, who is gay, voiced his support for Chick-fil-A and pledged his continued patronage. In spite of Dan Cathy’s personal opposition to gay marriage, Dodson believes the fast-food chain’s CEO is entitled to his own opinion, and he resents being told where he can and cannot eat by those who disagree with Cathy’s views.

Hold the phone — Dodson believes in freedom of speech and the right to make personal decisions for oneself? It sure looks that way, at least when it comes to where and what he eats.

But I fear the loveable viral Youtube star will soon be bullied into reversing course.
Dan Riehl: Lawyers cry foul over Stalin-esque plans to block Chick-fil-A from doing business:

Who the Hell do these people think they are? More importantly, who and what is America any longer if despicable, Stalin-esque tactics like this from the left in this country are allowed to continue. Bloomberg in NYC, Emanuel in Chicago, these thugs deserve to be handcuffed, frog marched for the cameras and thrown in jail for their usurpation of political power and travesty, while official elected representatives in a what was once a free democracy.

UPDATE:
Via Andy at AoSHQ:

Boston Mayor Thomas M. Menino backed away from his threat to actively block the fast-food chain from setting up shop in the city.“I can’t do that. That would be interference to his rights to go there,” Menino said, referring to company president Dan Cathy, who drew the mayor’s wrath by going public with his views against same-sex marriage.

I wonder if this had anything to with the discovery by Michael Graham of Menino’s prior support for the notorious gay-bashers at Chick-fil-A.

Oh, wait. Did I say Chick-fil-A? Sorry, I meant the Muslim Imam who wants to kill gays, not serve them a tasty chicken sandwich.

If you’re a conservative who holds the same position on same-sex marriage that Barack Obama publicly held up until a couple of months ago, you’re a bigot unworthy of even getting a business license. If you’re a practitioner of the Religion of Peace™ who advocates putting gays to the sword, though, no problem.

Does anyone have a flowchart that explains the left’s pecking order here? Or do they just make this shit up as they go?

Not one to let a crisis go to waste, the President touched on the sensitive issue of guns in Aurora, Co,  Wednesday when he called for a “consensus around violence reduction” in the country.

“I – like most Americans – believe that the Second Amendment guarantees an individual the right to bear arms,” Obama said. “I think we recognize the traditions of gun ownership passed on from generation to generation, that hunting and shooting are part of a cherished national heritage.

“But I also believe that a lot of gun owners would agree that AK-47s belong in the hands of soldiers and not in the hands of crooks. They belong on the battlefield of war, not on the streets of our cities,” he added.

Actually, I think most gun owners are scratching their heads, wondering  which soldiers in the US military are using AK-47s.

…the U.S. military does not generally use the AK-47, a weapon originally developed in the Soviet Union that was subsequently adopted by many other communist states.

The AK-47 also became the weapon of choice for guerilla armies and terrorist groups.

Today, AK-47s are typically to be found among enemy forces that U.S. troops encounter on the battlefield. Osama bin Laden was often filmed or photographed near his AK-47 rifle–and was killed by U.S. Navy Seals when he reached for it.

Did Obama mean the terrorist “soldiers” shooting at American soldiers? That’s where they “belong”?

Though President Obama has cultivated an image of a strong and decisive commander-in-chief–partly through apparent White House leaks of military secrets–he has frequently demonstrated an elementary lack of familiarity with the basic facts about the forces he leads. At the National Prayer Breakfast in 2010, for example, he referred to U.S. Navy Hospital Corpsmen as “corpse-men,” mispronouncing the word.

Whether the error of an errant speechwriter, or the choice of the president himself, the use of the AK-47 metaphor in Obama’s speech reveals a lack of knowledge about the U.S. military–and a possible lingering romanticism about the guerilla forces often lionized by the radicals among whom Obama began his political career.

If the Obama administration wants to review anything – how about looking into how it came to be that deranged lunatic like James Holmes got a $26K Grant From Bethesda-Based National Institutes of Health,  part of the U.S. Department of Health and Human Services?

It gave the graduate student a $26,000 stipend and paid his tuition for the highly competitive neuroscience program at the University of Colorado in Denver. Holmes was one of six neuroscience students at the school to get the grant money.

Meanwhile, via John Ransom of Townhall, we find that the Law of Unintended consequences is in full effect, despite the left’s best efforts:

While the Left looks for more reasons to restrict our right to self defense every time an infamous shooting occurs, the standard reaction of the general population in Colorado is to stock up on guns and ammo in self defense.

It’s a reaction that’s uniquely American, where every man’s a captain. But it’s also a reaction that has a long history in the West, a history we should be proud of.

As the establishment press (hat tip to Dan Mitchell) acts shocked! yes, shocked! that people are buying guns in record numbers in the Denver area as a reaction to last week’s shooting rampage in an Aurora, Colorado theater that killed or injured 70 people who were attending a screening of the newest Batman movie, I’m feeling, um, American about the sales.

Speaking of AK-47s and gun control…

It should never be forgotten that the Obama administration funneled thousands of weapons – mostly AK-47s to criminal drug gangs in Mexico, resulting in hundreds of dead Mexicans and one – possibly two murdered American agents, Brian Terry and Jaime Zapata. Mexicans and Americans will be staring down the barrels of these guns for many years into   the future…

The Heritage Foundation has a very good summery of the scandal, to date:

Even ATF’s Acting Attaché in Mexico, Carlos Canino, was kept in the dark about this operation. Testifying in July 2011 before the House Committee on Oversight and Government Reform, Canino noted that “U.S. law enforcement and our Mexican partners will be recovering these guns for a long time to come as they continue to turn up at crime scenes in Mexico and the United States.” Canino also stated that he was infuriated “that people—including my law enforcement, diplomatic and military colleagues—may be killed or injured with these weapons” and noted that the “Sinaloa cartel may have received almost as many guns [as] are needed to arm the entire [U.S. Army’s 75th Ranger] regiment.”[23]

As of July 2011, 227 Operation Fast and Furious guns had been recovered in Mexico and 363 in America; the rest remain unaccounted for.[24] Remarkably, it also seems that two of the targets of Operation Fast and Furious are probably unindictable, having been paid informants of, and designated as national security assets by, the FBI—information that should have been shared within the task force overseeing the investigation.[25]

In January 2012, Patrick Cunningham, Chief of the Criminal Division in the Arizona U.S. Attorney’s Office and the individual who was allegedly tasked with investigating ATF whistleblower allegations, resigned and invoked his Fifth Amendment right against self-incrimination.[26] Several senior DOJ officials who attended Operation Fast and Furious briefings now claim that they cannot recall key details about what they knew and, in some instances, what they did.[27]

Gun control is a terrible issue for Obama to tackle this close to an election; hopefully the press can shame him into saying what he really believes.