They just can’t help themselves. Look at all the drones who retweeted that.

In the insular world of the hard left – this is thought of as a “deft”, “snarky”, “cheeky” response from an administration that has always been “adept” at social media.

To me, and I think a lot of Americans – it looks petty and narcissistic. Why would the President want to get into a petty pissing match with a movie legend who is loved by Americans of all political stripes?

Last night was supposed to be Mitt’s night, but the Obama campaign thought it was a good idea to  blitz him with negative media,  and wedge SCOAMF into the spotlight.

President Barack Obama’s media team launched a huge wave of emails, tweets, videos and snark in the hours prior to Mitt Romney’s pivotal acceptance speech in Tampa, Fla., and then another wave as Romney spoke to the convention and to the nation’s voters.

The volume of material seemed intended to obscure, taint and distract from Romney’s carefully choreographed and emotional outreach to late-deciding swing voters, especially to women and Hispanics.

UPDATE: Ronnie Schrieber sends this one:

See Instapundit for that one..

I’m not sure he could have pulled that off if he’d delivered a slick telepromptered pitch. As Mr. Hayward suggests, the hard lines packed more of a punch for being delivered in the midst of a Bob Newhart empty-chair shtick from the Dean Martin show circa 1968. Indeed, they were some of the hardest lines of the convention and may well prove the take-home (“We own this country . . . Politicians are employees of ours . . . And when somebody does not do the job, we’ve got to let them go”), but they seemed more effective for appearing to emerge extemporaneously from the general shambles.

The curse of political operatives is that they make everything the same. A guy smoothly reading platitudinous codswallop while rotating his head from the left-hand teleprompter to the right-hand teleprompter like clockwork as if he’s at Centre Court watching the world’s slowest Wimbledon rally is a very reductive idea of “professionalism.” Even politicians you’re well disposed to come across as slick bores in that format. Which is by way of saying Clint is too sharp and too crafty not to have known what he was doing.

Oh, and next time ’round, he should sing.

Ace: Clint Eastwood Killed, And The Media’s Not Going To Be Able To Present a Counter-Narrative:

Does he ramble? He sure does. But what is the problem with that? No, it’s not a political speech where every line is thought out and scrubbed and edited to an inch of its life, all for the purpose of delivering a precise message in a precise way. It’s Clint Eastwood offering his general, barely rehearsed political thoughts.

And so it rambles. And, when it’s not rambling, it kills. In fact, some rambles are hilarious, like when he suddenly remembers he wants to talk about attorneys and then gets wound up about that.

And their hope is that if they just keep flashing that score over and over, they can influence the other judges.

Love this one sent in  by “Film Maker” who based it on a snarky comment by MichelleIndependent in  this excellent post at MOTUS. 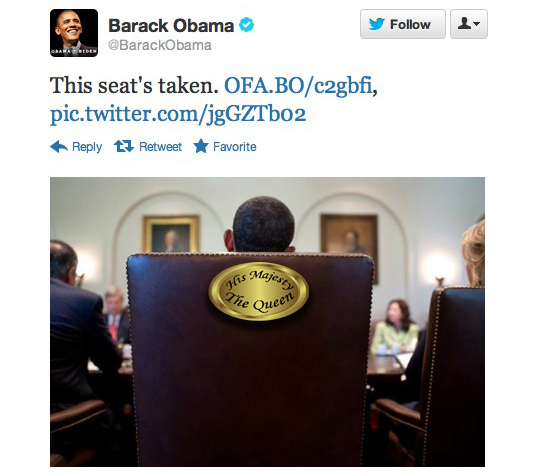 It looks like R2 has gotten into Big Guy’s kitchen again. And this time they’re eating his Twinkies.

Linked by Michelle Malkin, and  American Power, and Ace of Spades, and Doug Ross,  and RWN, thanks!

This excellent video from Bullet People is meant to appeal to Independent voters. See what you think…