This happened on July 29 at an Overpasses For Obama’s Impeachment protest on I-69 just south of Fort Wayne Indiana. Three guys held up an American flag, and an Impeach Obama sign, and “the response was awesome.” The YouTube poster said horns never stopped honking the whole time they were there.

One of the activists said on Facebook, “we had some ambulances honk, tons of truckers, and even made some cops smile”

The best part was when the military convoy drove by and honked in support of impeaching their Commander in Chief.

A dubious Rep.  Jason Chaffetz (R-UT) questioned the Regime’s commitment to capturing and killing the Benghazi terrorists today when he appeared on Fox to talk about the sealed charges against Ahmed Khattala. In fact, he says it’s a little offensive to suggest it is a priority at this point.

Almost eleven months after the fact –  it’s a bit offensive, he thinks, for the Regime to pretend it’s a big priority when it’s pretty damn apparent it’s not.

“It hasn’t been a top priority for this administration for 11 months”, he noted. “The most critical time for any investigation is the days and weeks right after. It took the FBI almost 18 days ton get to Benghazi. We’ve had numerous reporters from Fox News, WSJ, CNN go in to talk to one of these individuals…”

“There’s not much evidence that the Obama  administration has been committed to bringing justice to the terrorists who killed four Americans,” Chaffetz concluded.

Most likely, they’ve been embarrassed into taking the step by CNN’s recent interview.

Shepard Smith on Studio B was somewhat puzzled that the charges against Khattala would be sealed but then, the FOX News host said he doesn’t much believe anything they say anymore:

“It’s interesting to me. You know they government reads my email to my father. They know who I’m talking to on the phone. They know everything that is going on in the house. They have the government minders around now. But if you want to know what the charges are on somebody that attacked our embassy. Oh no, you can’t have that… I don’t believe much of anything they say anymore because I can’t figure out which parts to believe.”

He also said he thinks Honey Boo Boo is more honest than this president.

Honey Boo Boo probably doesn’t make as big a deal about her own birthday, either.

Meanwhile in Egypt: RINO Clowns: McCain and Graham a Disaster in Egypt:

According to reports from Cairo, not only was the trip paid to Egypt by Senators John McCain (RINO-AZ) and Lindsey Graham (RINO-SC) worthless but the word ‘counter-productive’ can be added to the list. These two clowns were like walking cans of gasoline and every time they opened their mouths, they spit up on another fire.

What the hell do these two think they’re doing? Why are they doing the Regime’s bidding on this?

Ever wonder why Mitt Romney dropped Benghazi as an issue after the second debate?

There’s this rumor that Senators McCain, Graham, and Ayotte had scheduled a Benghazi press conference in the days before the November 2012 Election and that press conference was the reason the Romney campaign backed off of open criticism of the president’s failures related to the Benghazi Massacre. Those three Senators were supposedly going to dole out the pain on their own so as to help protect the Romney campaign from being accused of playing politics with the issue.

Guess what. That press conference didn’t happen before the election. It did happen a couple weeks after.

Something is very wrong with this picture.

McCain and Graham need to get off the stage if they’re compromised in some way and Ayotte should stay away from them. She’s tainted by her association with them. I could barely listen to her speech (about Benghazi) at CPAC. Empty words. 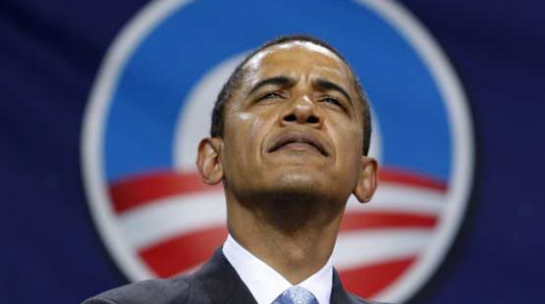 This Monday was President Obama’s 52nd birthday ( I believe) and it’s only fitting that we recognize the occasion here at the Watcher’s Council.

It’s become quite obvious over the last 5 years that our president has a leadership style unique in our history, one that involves a high level of personal responsibility:

This Monday was President Obama’s 52nd birthday ( I believe) and it’s only fitting that we recognize the occasion here at the Watcher’s Council.

It’s become quite obvious over the last 5 years that our president has a leadership style unique in our history, one that involves a high level of personal responsibility:

His hard work on our behalf is legendary: 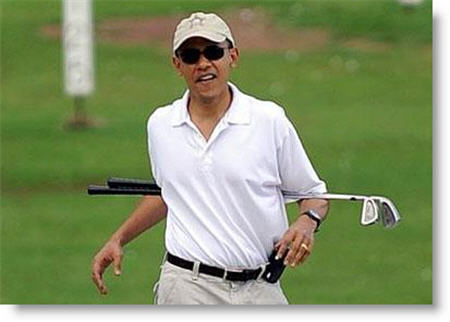 So is his cool. I mean, who else would have the elan to announce a major al-Qaeda threat this weekend, then take off to go golfing and leave it to his team to handle, knowing the country was in good hands!

His entire administration has been characterized by a transparency unique in American history, just like he promised us:

Yes, this is one special president, and the American people are not worthy of his leadership. Happy birthday, sir!

Welcome to the Watcher’s Council, a blogging group consisting of some of the most incisive blogs in the ‘sphere, and the longest running group of its kind in existence. Every week, the members nominate two posts each, one written by themselves and one written by someone from outside the group for consideration by the whole Council.Then we vote on the best two posts, with the results appearing on Friday.

This week, Ask Marion, Gates of Vienna and Wolf Howling took advantage of my generous offer of link whorage and earned honorable mention status with some excellent articles.

Simply head over to Joshuapundit and post the title a link to the piece you want considered along with an e-mail address ( which won’t be published) in the comments section no later than Monday 6PM PST in order to be considered for our honorable mention category. Then return the favor  by creating a post on your site linking to the Watcher’s Council contest for the week when it comes out Wednesday morning

Did somebody just celebwate his birthday? Oh I think he did, oh yes he did!

Did our pwesident get some good birthday pwesents? Ooooh! He did! What a good boy he is!