Kansas City’s premiere tea party organization, Political Chips, held a rally in Brookside, this afternoon, for Republican District 5 Candidate, Jacob Turk. It was a beautiful day to be outside, and dozens of district 5 voters turned up at rush hour, to show their support for Turk, who is in a dead heat with Cleaver, according to the latest polls.

Naturally, I took some pictures:

Jacob Turk (right) arrived towards the end of the rally, and posed for some pictures.

As we go into the final weekend of campaigning for this district-5 underdog, a man who KMBZ’s Scott Park’s insists, ” doesn’t have a prayer”, let’s  keep these words from Jim Geraghty’s, Obi-Wan in mind:

Crazy stuff happens in wave elections. And right now the “happy times” wave seems close. But if the Superwave shows up — and the Gallup low turnout number is probably indicative (at 14 this week, which is unheard of) — anything could happen.

And for Jacob Turk on November 2, I believe it will. 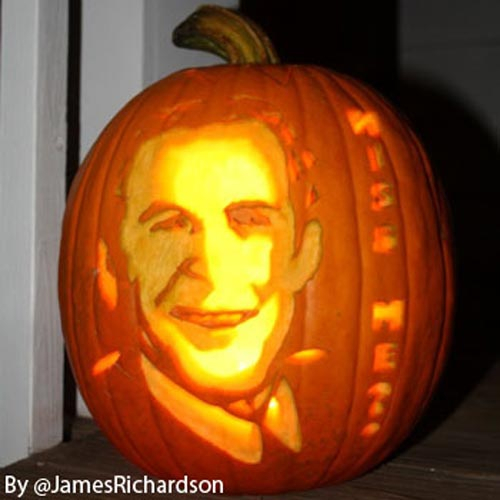 The rumors are true…CPUSA is now openly supporting Obama and the Democrats. Here, via NewZeal, is Jarvis Tyner, national executive vice-chair of  Communist Party USA, speaking in Detroit on Oct. 7, on the importance of  a huge voter turnout by  “left and progressive” minded people on November 2.

MORE from Gateway Pundit: By the Way… The Commies Are Now Openly Stumping For Donks

J. Christian Adams  at Pajamas Media: Voter Fraud Watch: A Primer on What to Watch For

Voter fraud app for your phone:

Just in time for Election Day, American Majority Action has created the nation’s first mobile application to help identify, report and track suspected incidents of voter fraud and intimidation. This free, cutting edge system will enable voters to take action to help defend their right to vote. Whether you’re a campaign junkie, or just want a better America, Voter Fraud will help you report violations at the election booth and serve to uphold the democratic process.

Time: Many Dems Expected to Retire — Including Pelosi — if They Lose the House

A report of disarray at the DFL in MN for Catholic-bashing mailers: Democratic Elected Officials Furious With Minnesota DFL Party Staff

The Blog Professor: Video of James Cameron & Google CEO: “Criminal” to Deny Global Warming – whatever, Cameron was last seen running away from a debate with the “criminal” Not Evil Just Wrong folks.

Hot Air video: Dem Rep: We don’t have a voter-fraud problem Watch of the audience.

Those MoveOn “Republicorp” folks sure have been busy, lately….the Soros bat signal must have them on high alert for the election season. As I’m sure you remember, last week, in KY,  an over exuberant activist lunged towards Rand Paul, and pushed a sign in his face. Paul supporters tackled her to the ground, and one guy, briefly stepped on her. No arrests were made.

In Arizona, a MoveOn activist went a little coo coo for cocoa puffs on a conservative protester.

James Massee was exercising his 1st Amendment rights when a Gabrielle Giffords supporter tried to stop him by choking him. James got an officer instead of defending himself physically and ultimately didn’t press charges. Here is some video of the tail end of the incident as well as what happened in James’ own words.

MoveOn leaders, showing some intellectual honesty for change, are calling on activists to display their disappointment in the latest violence by taking pictures of themselves holding signs, and making sad faces, always such a poignant way to make a statement:

Join us in telling activist thugs attacking the tea party: “If you choke me, 1,000 more will take my place” by uploading a picture of yourself holding a sign saying “You can’t choke me.”

Bravo MoveOn! The Tea Party thanks you for your efforts.