This story demonstrates perfectly why I’m skeptical of literally everything that comes out of a leftard liberal’s mouth. These people don’t abide by the same rules most of us do; a code of ethics based on a Judeo-Christian belief system, which you don’t necessarily have to be religious to follow. We believe basically the same things we learned in kindergarten. Play fair.  Honesty is the best policy. Eat your peas.

Their rules come from the Alinsky code of ethics:  how can we fool them today?, ends justify the means,  say and do anything to win, rules. They are dishonest to the core, and one of their favorite tactics these days is to chill the speech of opponents with the scurrilous charge of racism. Many rank and file libtards do this reflexively without thinking… they’re useful idiots. But many leftists are playing  a profoundly devious and dishonest game.

And MSNBC has just been caught in the act.

Ace has his flaming skull up, so incensed is he:

Oh, My: MSNBC Carefully Crops Shot of Black Man Carrying AR-15 at Healt Care Rally to Avoid Skin Color, So They Can Then Rant and Rave About “White People” Showing Up With Guns When a “Person of Color” is President

Some news editor at MSNBC took the time to crop this video so you couldn’t see the race of the man carrying the gun because that would sort of interfere with the narrative they wanted to promote:

Ace had some choice words for Contessa Whatshername…XXX content warning in case you go over there.

We can’t just say, “Hey, maybe it’s a bad idea to carry a gun near where the President is going to be speaking because it can be taken the wrong way, and even if you have the right to do it, it makes you look like a contentious douchebag”. No. It has to have {{{{{racial  overtones}}}}}….even when the guy doing it is black himself.

This is how the left says, “Shut up”.

They don’t like people protesting ObamaCare because the large numbers of dissenters are making an impression? They try to paint us all as  racists, still angry that a black man is President. Shut up.

They don’t like it when we call Obama a Socialist -(a little too close to the truth?) Suddenly, it’s racist to say that. Shut up.

So much for the post-racial Presidency.

On Thursday, Barack Obama will host a conference call with his SEIU supporters.

I’m getting on a call with President Obama tomorrow and I want you to join me.

The President is holding a live health care reform strategy meeting on Thursday at 2:30 pm EST. He’ll lay out our strategy and message going forward, and he’ll answer questions from SEIU activists and supporters like you.

Click here to RSVP and submit a question for President Obama: http://my.barackobama.com/forum

You can read the complete letter at Michelle’s site.

As the WSJ reported last week, the left is planning and already implementing a massive astroturfing counterattack:

The AFL-CIO has allocated $15 million for mobilization and communication. Individual unions plan to advertise in states with moderate Democratic lawmakers. The Service Employees International Union is sending members to more than 400 events this month, including an “ambulance tour” across Montana, home of Democratic Sen. Max Baucus, a key player in the health debate.

By “honest, civil discussion”, he means lies, obfuscation,  and busting heads of people who don’t agree.

Jim Hoft reported today, that for a pro ObamaCare rally last week in Jackson, MI, Organizing For America and the SEIU bused in supporters from as far away as Muskegon and Detroit, 146, and 78 miles away respectively.

But we’re the astroturfers, remember.

The SEIU has been so busy lately promoting ObamaCare, you would think that it wouldn’t have time to concern itself with  other destructive boondoggles, but you would be wrong:

Labor unions and environmental groups across the United States on Tuesday announced plans for a nationwide campaign to boost support for a climate change bill that is aimed at promoting “clean energy” and reducing greenhouse gas emissions.

Leaders of the United Steelworkers, Service Employees International Union and Utility Workers Union of America were to join heads of major US environmental groups on a conference call Wednesday to formally launch the campaign, AFP reports.

The coalition said in a statement that the “Made In America” Jobs Tour will open Thursday in Ohio – traditionally a critical political battleground in US presidential elections – and visit 50 sites in 22 states.

According to the statement, the tour “is aimed at highlighting the benefits to American workers and businesses of transitioning to a clean energy economy that will create millions of jobs”.

Here’s another one of those “fear-mongering” , “cobbled together”, “taken out of context” internet videos that make it look like Democrats are using the public option in the health care bill as a stepping stone to a single payer/ socialized health care system:

Of course, Obama says he was never a supporter of a single payer system, soooo….

Here, I’ll save you ObamaCare supporters the time: http://www.whitehouse.gov/realitycheck/contact

A Verum Serum Production (blame them), found via AoSHQ

Democrats on a House committee are seeking detailed financial records from dozens of large insurance companies, officials disclosed Tuesday, part of an investigation into “executive compensation and other business practices” in an industry opposed to President Barack Obama’s plan to overhaul health care.

In the Fox News report:

Nick Choate, a spokesman for Stupak, said 52 letters were sent late Monday to the nation’s largest health insurers, those with $2 billion or more in annual premiums. He said letters were not sent to other industry groups, some of which have been airing television advertising in support of Obama’s call for legislation. (Emphasis added)

Would it be over the top to call this a Stalinist tactic?
The American Thinker doesn’t think so:

These Stalinist punitive measures should be aggressively opposed by these 52 companies and the GOP needs to publicly castigate the Democrats for these Chicago-style gangster tactics.  I cannot imagine anything more intimidating to a businessman than the fear of congressional oversight into your private enterprise if you decide to oppose invasive legislation. 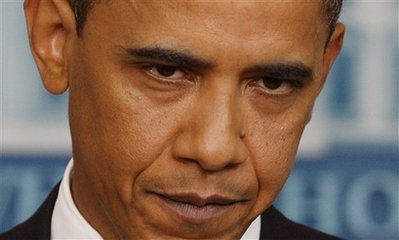 Rassmussen reports today that 54% of the American people say no health care reform at all would be better than passing the bill making its way through congress.  Yet, the Dems plan to “go it alone” on ObamaCare, without a shred of Republican support. That should surprise no one. What is rather surprising is the self- destructive way the Obama administration has been going about selling his plan.  Jana at Speak Dog Speak! listed some of the Obama tactics that are backfiring: name calling of fellow Americans who voice dissent, stacking town hall meetings with bused in supporters, White House spamming Americans with email propaganda, the snitch site, mobilizing SEIU and ACORN mobs, and I would add the administration’s corrupt  relationship with the drug lobby, the demonization of doctors, and his relentless repetition of demonstrable lies about ObamaCare, while claiming that the opposition needs a “realitycheck”. I think it’s safe to say the bloom is coming off the rose.

But with all due respect to Jana, I do think it’s a little premature to say that ObamaCare is going down in flames. The Dems still have solid majorities in congress and a very determined President who says he’s is willing to be a one termer in order to get this done. But his tactics are raising eyebrows, and causing some to question his psychological make-up:

When a President repeatedly makes assertions that are obviously false, he has created a problem for himself that, to us, looks nearly unrecoverable. Breaking trust with a vast number of the American people while looking stupid doing so is a formula for disaster. As the Washington Post has reported, President Obama won’t stop repeating the same falsehood over and over again. Obama says:

Obama’s statement might be true for the nanosecond after Obamacare becomes law, but at its heart is obviously and deeply untrue.

Everybody knows that the public plan would force people from their private plans to the government run plan. Who is he trying to kid? What kind of person is comfortable with trying to deceive Americans on such an important topic?

It should speak volumes that Michelle Malkin was able to write a 400+ page book about the corruption in the Obama administration after only six months.

People are waking up to the fact that Obama is not the moderate, well intentioned, post partisan, post-racial Messiah he was billed to be,  and he has a somewhat limited bag of tricks.  As Andrew Breitbart told Judge Napalitano on the Glenn Beck Show, yesterday:

People are starting to realize that Barack Obama has two tricks…he’s mellifluous, he speaks well, and he uses the teleprompter, and on his behalf he has people that intimidate and community organize….that’s it – he has no other trick.

You have to be willfully blind at this point not to see it.